Posted on March 2, 2020 By Benchmark International 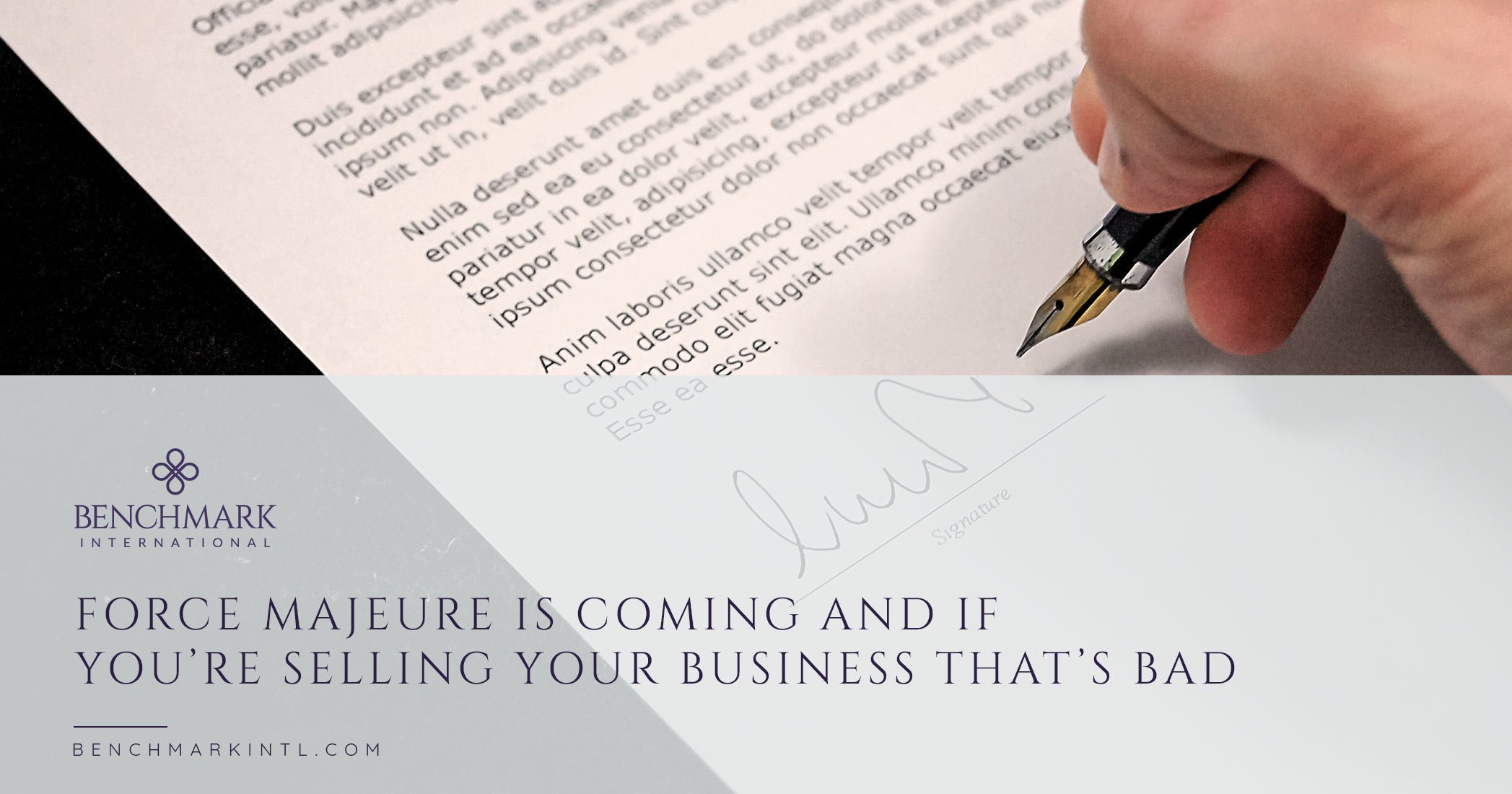 Airlines are suspending flights and changing rules for refunding tickets. Cruise ships companies are in tailspins. Cargo ports are operating with reduced staff and reduced hours. Entire cities are being quarantined. The Coronavirus may or may not become a major global health issue. But the probability that the disease will have an impact on global business is far higher, if not approaching a certainty. This is safe to say not because there is a high probability that the virus will impact your company’s travel or suppliers or daily operations but rather because of the dreaded force majeure provision lurking in so many of your company’s contracts. These clauses are known as the “canary in the coal mine” when it comes to large-scale black-swan type macroeconomic downturns as parties typically rush to invoke them well in advance of any actual calamity striking. One of the unfortunate lessons from 9-11 was that lawyers are not shy about advising their clients to invoke the clause to escape performance obligations on unfavorable contracts. Of course, any contract that is unfavorable to them (whoever “them” is) is probably favorable to your business.

As a reminder, here is an example of a simple force majeure clause:

For this Agreement, an “Event of Force Majeure” means any circumstance not within the reasonable control of the Party affected, but only if and to the extent that (i) such circumstance, despite the exercise of reasonable diligence and the observance of Good Industry Practice, cannot be, or be caused to be, prevented, avoided or removed by such Party, and (ii) such circumstance materially and adversely affects the ability of the Party to perform its obligations under this Agreement, and such Party has taken all reasonable precautions, due care, and reasonable alternative measures to avoid the effect of such event on the Party’s ability to perform its obligations under this Agreement and to mitigate the consequences thereof.

The definitions commonly provide examples of the types of circumstances that qualify earthquakes, war, acts of God, change in laws, civil disorder, and even labor strikes. One aspect of the clause that allows it to be used well in advance of any actual natural event such as the arrival of an epidemic is that the definition commonly includes political acts as well as natural acts. As a result, the declaration of an area as one warranting extreme caution might qualify a government order to reduce the number of flights to an area or the number of visas it grants to people going or coming from an affected area (or quarantining travelers) might qualify.

Furthermore, it seems everyone has a global supply chain. So, any of these events happening “over there” might seem remote from your business. However, for anyone with a contract that wants to avoid the Butterfly Effect can be a siren song.

At this point, you are probably asking, “But surely people don’t write this term into their contract in a way that allows them to be abused, right?” Well, this clause is kind of an atom bomb. As one does when dealing with atom bombs, contracts are designed to prevent their use and mitigate their effects. The overarching check on the amazing power of the force majeure provision is that it only relieves the party’s performance while the circumstances remain in effect. It’s temporary. Parties won’t abuse it because it just gives them a short-term benefit and then they have to face the music.

So, in the ordinary course of your business, you have to deal with the fact that force majeure clauses may face lean times even when your local environment is perfectly normal. Parts may not be provided on time. Your call center might go dark. Your IT support may not be available. And anyone of your suppliers or customers may have the same problem. As an example, a company that collects fees for collecting, cleaning, and reissuing linens to other local businesses and uses an in-house local manufacturing facility in area with no odd circumstances occurring. Let’s say Miami at present (if there is such a company) may suddenly be hit with the clause because they service cruise ships and hotels or because their raw materials come from Egypt or parts of their detergent is manufactured in Germany from elements mined in the Philippines.

Businesses can survive a three-month or six-month calamity such as this in the ordinary course of their lifespan, so people don’t usually think twice about the wording of a force majeure clause. But your business is going up for sale. And when you go up for sale, everyone looks at your last 12 months' financial performance. The ­last thing you want is a hole that has to be explained. Even if your broker can come up with addbacks to create pro forma financials to show what “would have” happened absent the event of force majeure and how rosy that alternative reality would have been, it is better to not have to do this. More importantly, it points out weaknesses in your business. Buyer favorites include you are beholden to a single source of supply, you have too much customer concentration, your business lacks redundancies, your perfect line of decades of growth and healthy margins now appears more vulnerable than it did before. Whether they believe it or not buyers latch on to these things to justify their valuations and their lenders latch on to them to constrain the debt available to get the deal done (and thus impact purchase price).

We still find buyers asking to see clients’ financials from 2007-2010. Looking back more than five years is (or should I say “was”) unprecedented in M&A, much less looking back over a decade. But it is common at this point and we see little signs that that is ending. But that was the last force majeure type event most of our clients suffered and buyers want to see how the businesses weathered it…And they aren’t asking in hopes of finding some reason to raise the value of their offers.

All the better to have the next event of force majeure occur after your sale rather than before. 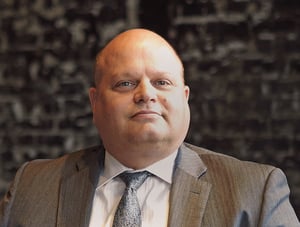 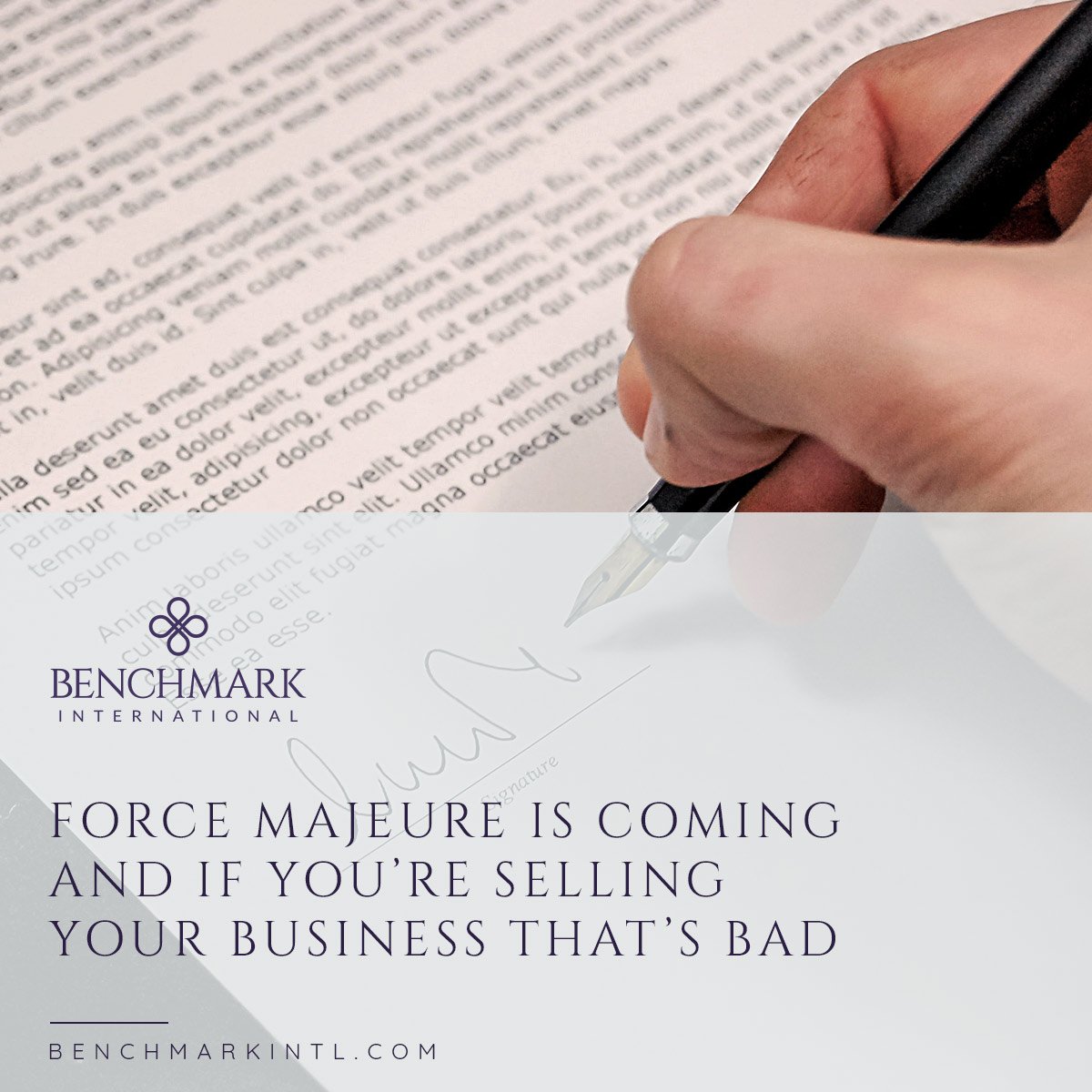 3 Ways To Grow Your Company
in 'Benchmark International' 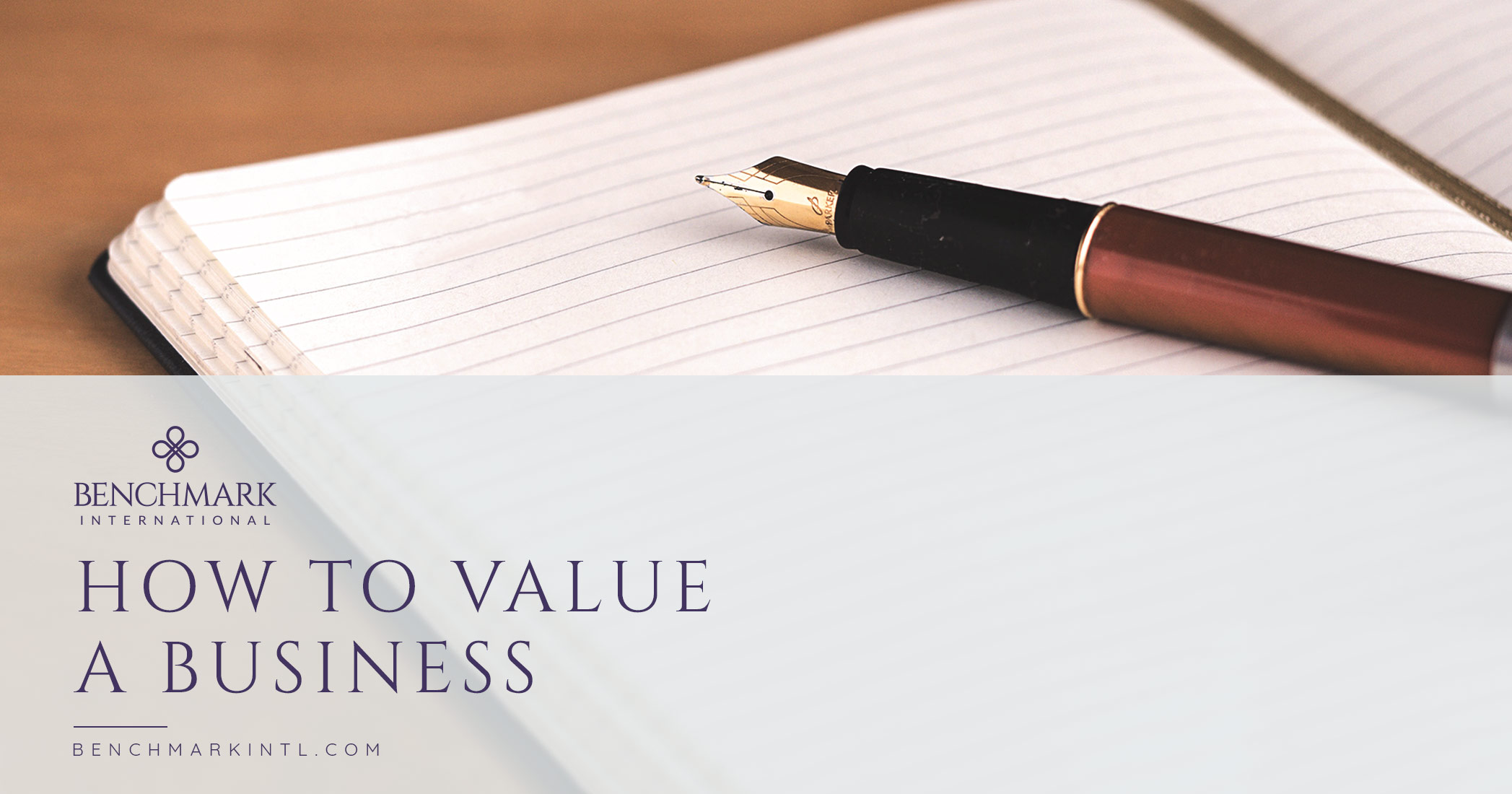