Posted on February 2, 2021 By Benchmark International 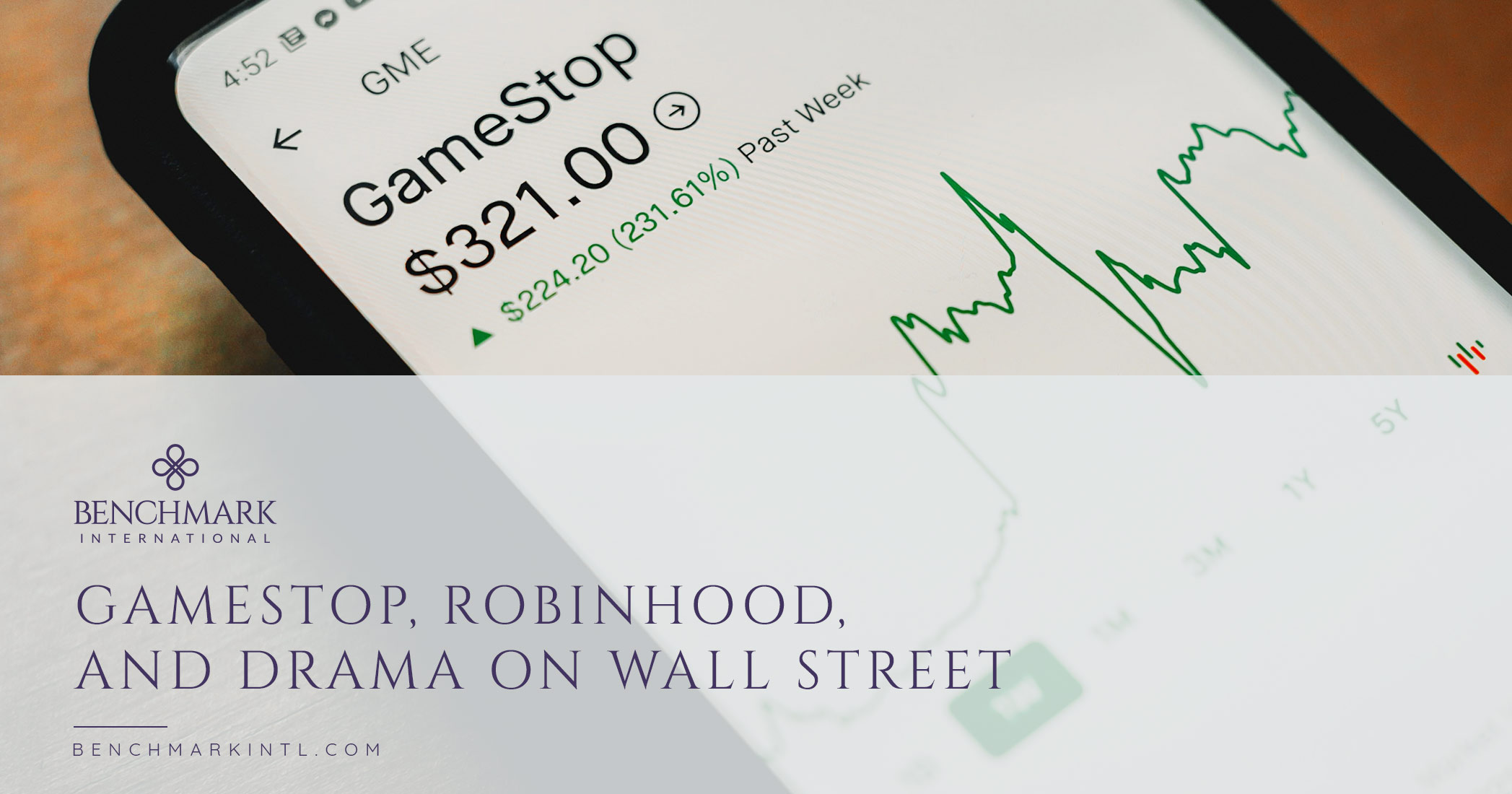 The free online trading app known as Robinhood has proclaimed to be “on a mission to democratize finance for all.” It was intended to open up the Wall Street stock market to the average American for investment “on their own terms,” with more easily digestible financial information readily available to novice investors. The app was designed to “let the people trade” and make the financial system more accessible for everyone, until things took quite a turn, all due to a fledgling brick and mortar video game retailer known as GameStop.

The amateur traders using Robinhood became pitted against the hedge fund honchos when they started buying up options and shares of GameStop (GME), enlarging those bets and also making large trades of other stocks, such as AMC Entertainment, Tootsie Roll, and BlackBerry.

How It All Happened

Professional hedge fund investors had been short selling shares of GameStop, essentially borrowing shares of stock to sell, and then buying them back later so they can return them. This lets them profit if the stock price drops (betting that the company will fail). If the stock does not continue to fall, investors are forced to cover their position or buy more stock to minimize their losses.

Any positive news regarding the shorted stock will drive up its value, lowering its profitability for the short seller. In the case of GameStop, online message groups in the Reddit community called r/wallstreetbets (also known as WSB) drove interest in buying the stock, which pushed up the price. This speculative trading resulted in the short sellers having no more shares to buy to cover their positions. This created a short squeeze, leaving the hedge fund investors with millions of dollars in stocks they bought at a high price and had to offload at an even higher price. GameStop shares went from trading at around $43 (already much more than at the start of January) to as much as $380. It has been estimated that short sellers lost $23.6 billion on GameStop in January.

The trading mania persisted until the financial system’s risk reduction mechanisms kicked in. Robinhood was forced to find emergency cash to be able to keep trading, stop users from buying more heavily traded stocks, and draw on a $500 million bank line of credit. The company got over $1 billion from its existing investors, followed by another $2.4 billion infusion in capital from shareholders on February 1st. Robinhood’s intention to level the Wall Street playing field essentially blew up in its face as it became overwhelmed by the very forces it empowered. Lawmakers are up in arms, calling for action, and the Securities and Exchange Commission (SEC) is looking into any actions that, “disadvantage investors or otherwise unduly inhibit their ability to trade certain securities.”

In an effort to meet deposit requirements, Robinhood ended up having to restrict some trading, prompting the price of the stock to plummet, as angry users of the app inundated it with bad reviews, accusing it of doing the opposite of its intent: doing the bidding of Wall Street. Some are even suing Robinhood for losses, as many are complaining that the “casino changed the rules.” Yet the app is still seeing growth as it attracts new young investors. The app was downloaded more than 177,000 times in a single day—that’s double the daily download rate from the week before. Robinhood had 2.7 million daily active users on its mobile app that same day, which is more than all its rivals combined, including E*Trade, Fidelity, Schwab, TD Ameritrade, and Webull.

Should I Be Concerned?

The primary concern surrounds these amateur investors inflating stock prices, even taking out loans to purchase shares. Some say that this GameStop situation indicates that the stock market has reached a point of dangerous speculation due to this new breed of armchair day-traders that basically don’t know what they are doing. At this point it’s not illegal, but regulators are certainly watching out for social-media fueled stock schemes, or “meme stocks.”

GameStop wasn’t even the first. Last year, struggling companies Kodak and Heinz became Reddit favorites and saw their stock prices spike. There have been some people voicing concerns that the stock market could be headed for a bubble similar the dot-com bust of 2000. But Wall Street experts shake off that theory, saying that long-term investors should not be worried, and it’s these new retail investors (basically inexperienced day-traders) that will eventually take the hit, just like back in 2001. A bubble would require a broader group of stocks to be impacted to put the market at a systemic risk, rather than just a handful of specific stocks, which is currently the case.

Many experts say that if long-term investors choose to sit on the sidelines out of fear, they’re the ones who could miss out. This is because the market could dip in the next few months, presenting a buying opportunity. Also, the S&P 500 has soared to 70% after hitting a low in March of 2020 after a pandemic-driven selloff. Anytime there is a big run, it often times calls for a break.

The bottom line? As an individual investor, a long-term investment strategy for your 401(k) or IRA is to build upon highly diversified ETFs and mutual funds with a built-in risk tolerance. This will give you peace of mind that your funds will not be destroyed by rare and highly specific disturbances in the market such as meme stocks. 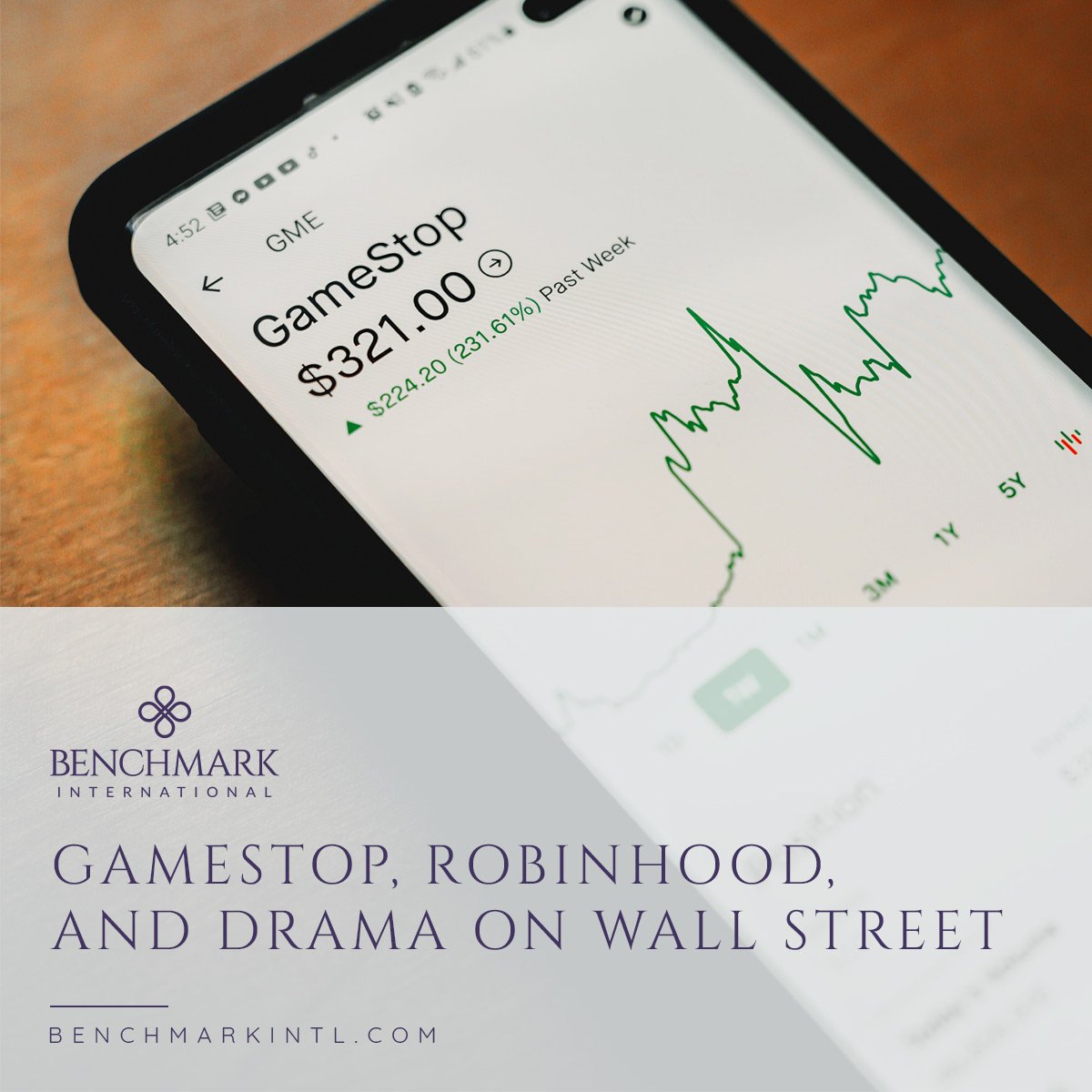 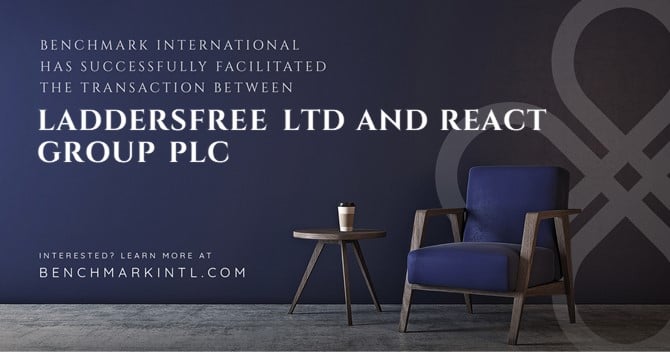 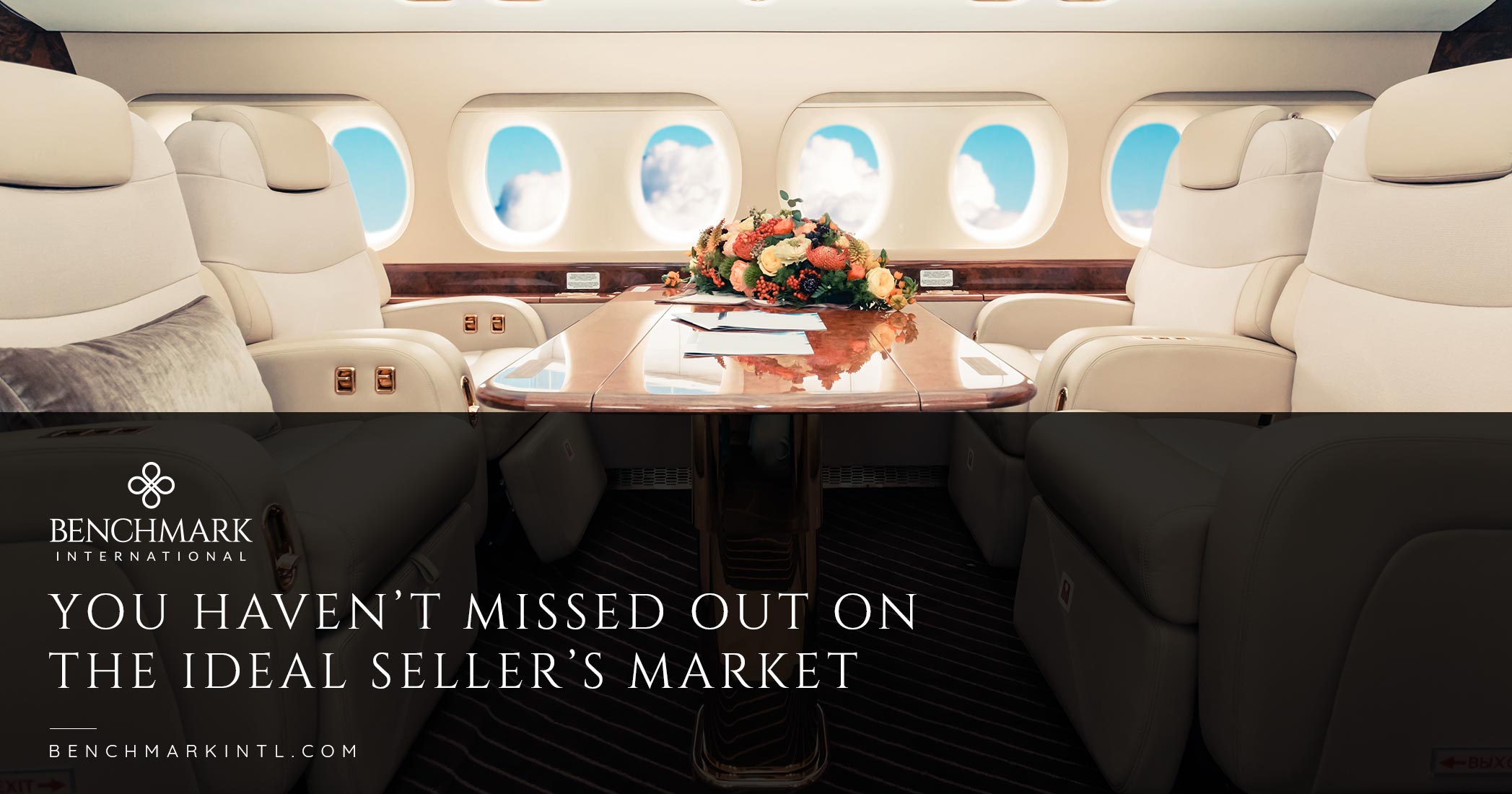 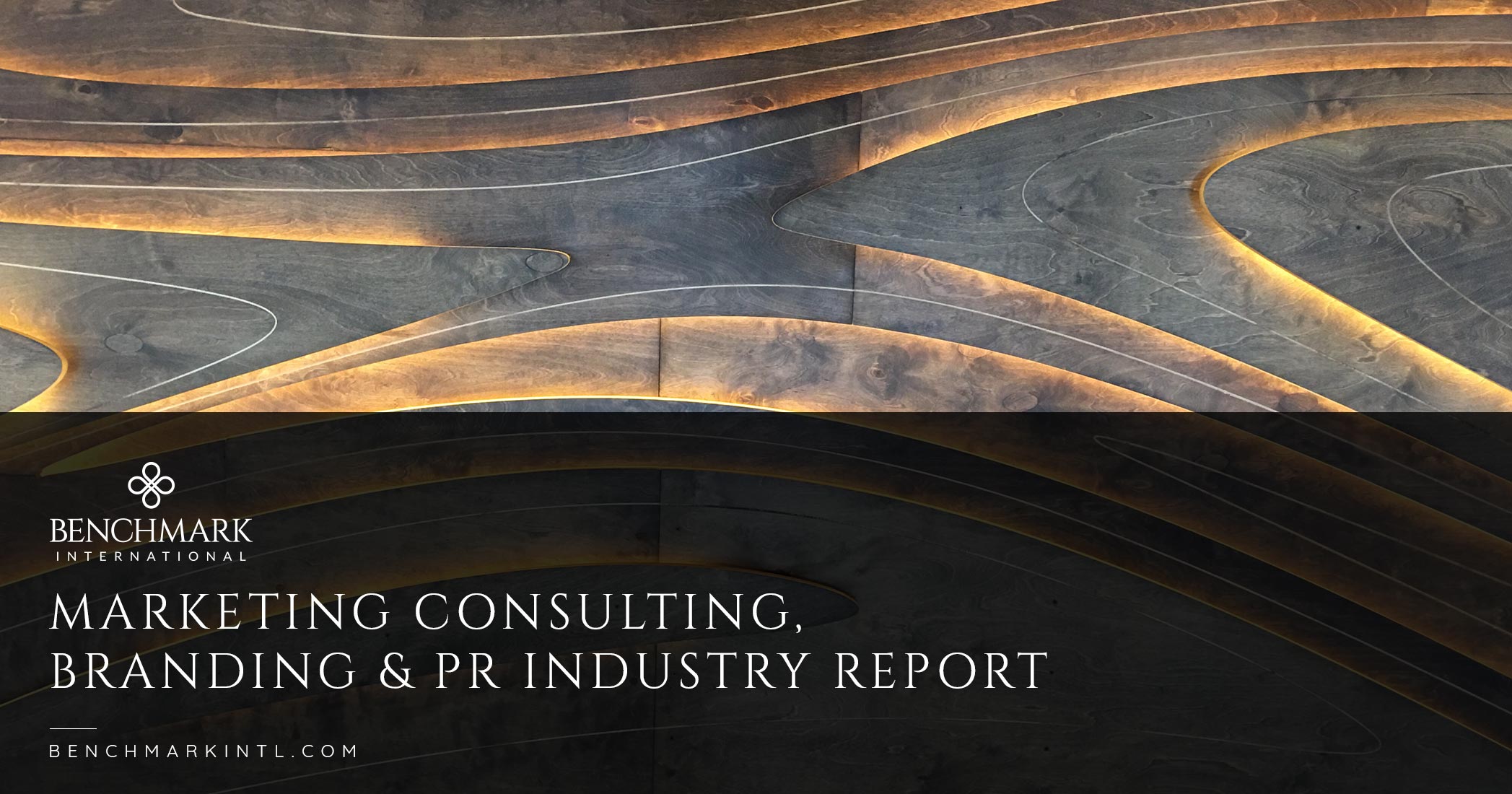 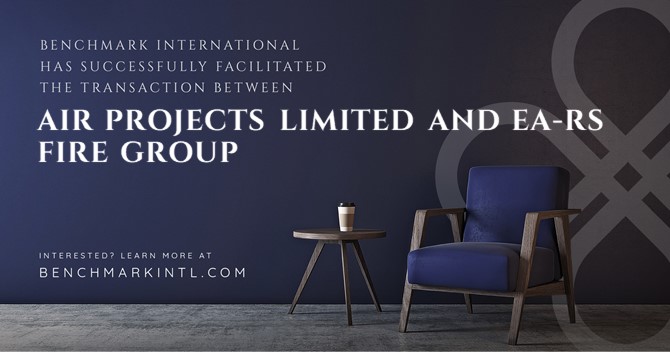