Reasons For Optimism In An Uncertain Oil & Gas Market

Posted on February 19, 2021 By Benchmark International 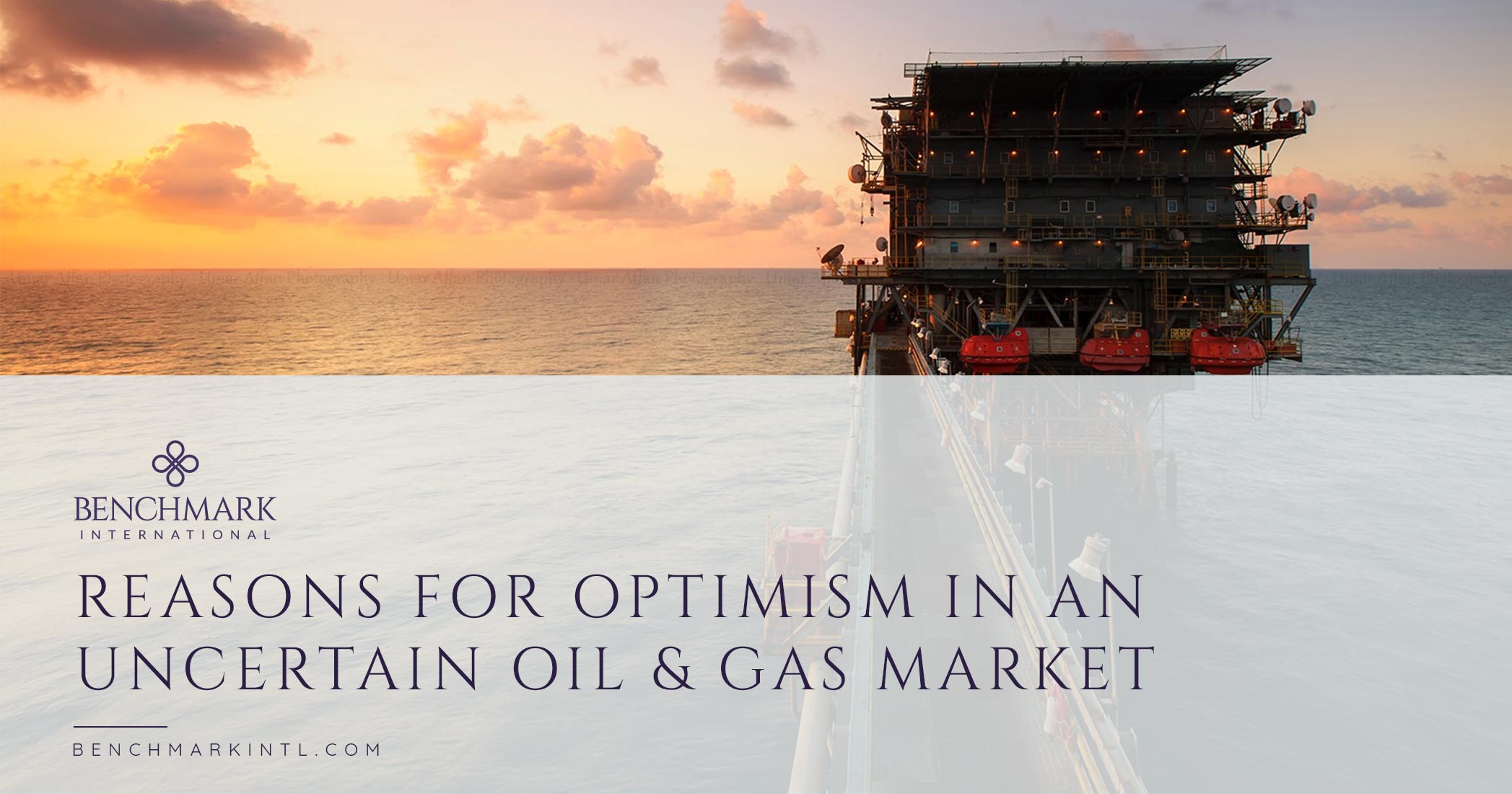 In December 2020, U.S. Energy Secretary Dan Brouillette told CNBC's Hadley Gamble that American shale producers should be concerned about their industry's future.[1] Secretary Brouillette stated: “…there are some in Congress who are going to drive a climate policy that's going to be very aggressive. So there may be a concern on the part of those folks, I know the ESG (Environmental, Social, and Corporate Governance) movement is very strong.” Secretary Brouillette also added that, “The investment money may become a bit more difficult to get,” and, “Those are all policies where we’ll have to wait and see what happens with this new Congress.”

While it may be politically convenient for those in a Republican administration to criticize their incoming Democratic successors, oil and gas investors should be hesitant to trust outgoing bureaucrats' economic analyses. Reasons for investor optimism can be found in past administration precedents' realities, current stakeholder adaptions, and the future uphill battle facing any reforms backed by President Joe Biden and his cabinet.

For more than a decade, President Barack Obama’s Democratic party was conveniently used as the boogeyman for Republican politicians’ intent on gaining the favor of oil and gas companies and investors. However, in retrospect, the Obama administration—which included then-Vice President Biden—was a far greater friend to the industry than most pundits speculated. That administration’s treatment of the industry can be a useful precedent for setting appropriate expectations for the Biden administration’s treatment of the industry.

Obama’s tendency to favor working with the energy industry rather than to impede it led to drastic and unexpected results.[2] By the end of his two terms in office, natural gas had realized a massive uptick in both production (a 35% increase) and consumption (a 19% increase). In December 2015, Obama threatened to veto the North American Energy Infrastructure Act, which would have repealed 40-year-old oil export bans.[3] This would ultimately prove to be posturing for political negotiations, as Obama would go on to approve the export of U.S. crude by signing the 2016 omnibus budget just weeks later.[4] The Obama-Biden administration also loosened restrictions on LNG exports. Under their administration, the U.S. Department of Energy approved 24 LNG export licenses and denied none.[5]

This unexpectedly moderate approach by Obama can be accredited to two primary domestic policy issues: national security and climate change. Commentators frequently constrain their negative analyses of oil and gas's future with a reminder that domestic energy independence remains an important consideration in national security. While debate exists on whether American “energy independence” could indeed ever exist given the reality of American import trends, regulations on the industry will continue to be tied to deliberations on the country's reliance on foreign producers.

The second factor in the Obama-Biden administration's relatively moderate industry regulation was, surprisingly, climate change concerns. In particular, Obama's unexpected friendship towards natural gas has been credited to his administration’s belief that natural gas could assist in mitigating climate change. Forbes wrote in 2019 that President Obama, “supported natural gas as an essential strategy to cut greenhouse gas emissions by displacing coal and also backing up intermittent wind and solar power.” His treatment of LNG exports ultimately proved consistent with President Donald Trump's treatment of the natural gas industry. At a press conference in early 2019, Dr. Fatih Birol, the Executive Director of the International Energy Agency, stated that over the past decade, “the emissions reduction in the United States has been the largest in the history of energy.”[6] Standing by his side at this press conference—which essentially credited the energy policy continuity of Obama/Trump with this success—was Trump’s own Secretary of Energy, Rick Perry.

Stakeholder Adaptions in the Face of Progressive Policy Initiatives

Secretary Perry’s comments in that same press conference are indicative of what the private sector has worked to accomplish while operating under burgeoning public pressure to address climate change concerns. He stated that, “without carbon capture, any planned climate target is impossible to meet.” Carbon capture, commonly referred to as carbon capture and storage (CCS), uses technology to capture the release of carbon dioxide during fossil fuel usage. After capturing the gas, operators transport it to an underground storage facility. The method has become an increasingly popular solution amongst producers to manage emissions and mitigate environmental damage.

While elected officials continue to negotiate and posture on broad regulatory changes like the Green New Deal, private sector stakeholders are already acting to appease investors and the general public. While some in the industry may complain of the costs associated with mitigating environmental damage, industry leaders are exploring and embracing new climate-friendly technologies as a necessary pivot to maintain vitality. Dr. Vijay Swarup, Vice President for Research and Development at ExxonMobil, stated, “breakthroughs like the deployment of carbonate fuel cells at power plants are essential for reducing emissions, while at the same time increasing power generation and limiting costs to consumers.”[7] ExxonMobil developed those carbonate fuel cells in partnership with FuelCell Energy, Inc. as a tool for capturing CO2 during the CCS process.

Integrating alternative energy into existing operations has also proved to be a successful survival strategy for oil producers. Chevron announced in July 2020 that it would make a major investment in renewable energy plants to power its oil production facilities in the Permian Basin and abroad.[8] This was by no means the first investment by a major player to test such a production structure. ExxonMobil made a similar investment in 2018, purchasing 500 megawatts of wind and solar power in Texas. And Chevron had already run a pilot program by purchasing a smaller amount of West Texas wind energy to power some of its operations, as well.

At the time of their 2020 purchase, Chevron spokesperson Veronica Flores-Paniagua wrote: "What has changed is the cost of wind and solar power, which is becoming more competitive, and the technology, which has also progressed substantially. This makes opportunities to increase renewable power in support of our operations a feasible option for reliability, scale, and cost-effectiveness."

Ultimately, each producers’ bottom line will determine whether such ventures into renewables are sustainable. But while producers find creative ways to appease shareholders and adapt, any future inhibiting regulatory actions still face significant challenges to be enacted.

On January 20, 2021, former Vice President Joe Biden was sworn in as the 46th President of the United States. Some experts predict his administration will bring major regulatory changes for the oil and gas industry to appease his own Democratic party's growing progressive subsection. Others are more hesitant, noting the relatively moderate nature of his cabinet selections and campaign pledges to refrain from banning fracking.[9]

Most onlookers, experts or not, expect some energy-related regulatory changes. Among the most common expected policy shifts is a ban on new fracking on federal lands. This led to a mass fire sale by former President Trump’s Bureau of Land Management, auctioning off parcels of land in various parts of the United States to accelerate drilling before the change in administrations. Producers are gearing up for a fight, both in the courtroom and in the eyes of the public. Mike Sommers, Chief Executive of the American Petroleum Institute (API), told Reuters in November 2020 that API would “use ‘every tool at its disposal’ including legal action” to prevent restrictions by the Biden administration.

Potential regulations and green initiatives could go either way in reaching Biden's desk for a signature. Republicans, who are historically more friendly to the oil and gas industry, hold 50 Senate seats, but with Vice President Kamala Harris casting the tie-breaking vote, they are formally the minority party. President Biden has already signed an executive order revoking the permit for the Keystone XL Pipeline, a move which many experts in the U.S.’ Permian Basin are optimistic about for those in West Texas as it reduces direct competition to those producers.

While fears on the future of oil and gas have merit and can be validated by recent trends, production will not cease for the foreseeable future. If Biden's administration reflects the values of the Obama administration, things may not be as negative as has been suggested. Within the oil and gas industry, private stakeholders have already spent the better part of a decade learning to adapt and continue production through carbon capture and storage methods. And any future regulations will face difficulties every step of the way, with major players vowing to fight tooth and nail to defend the industry. Investors should proceed with caution, but there is still room for optimism and opportunities for growth and success into the near future. 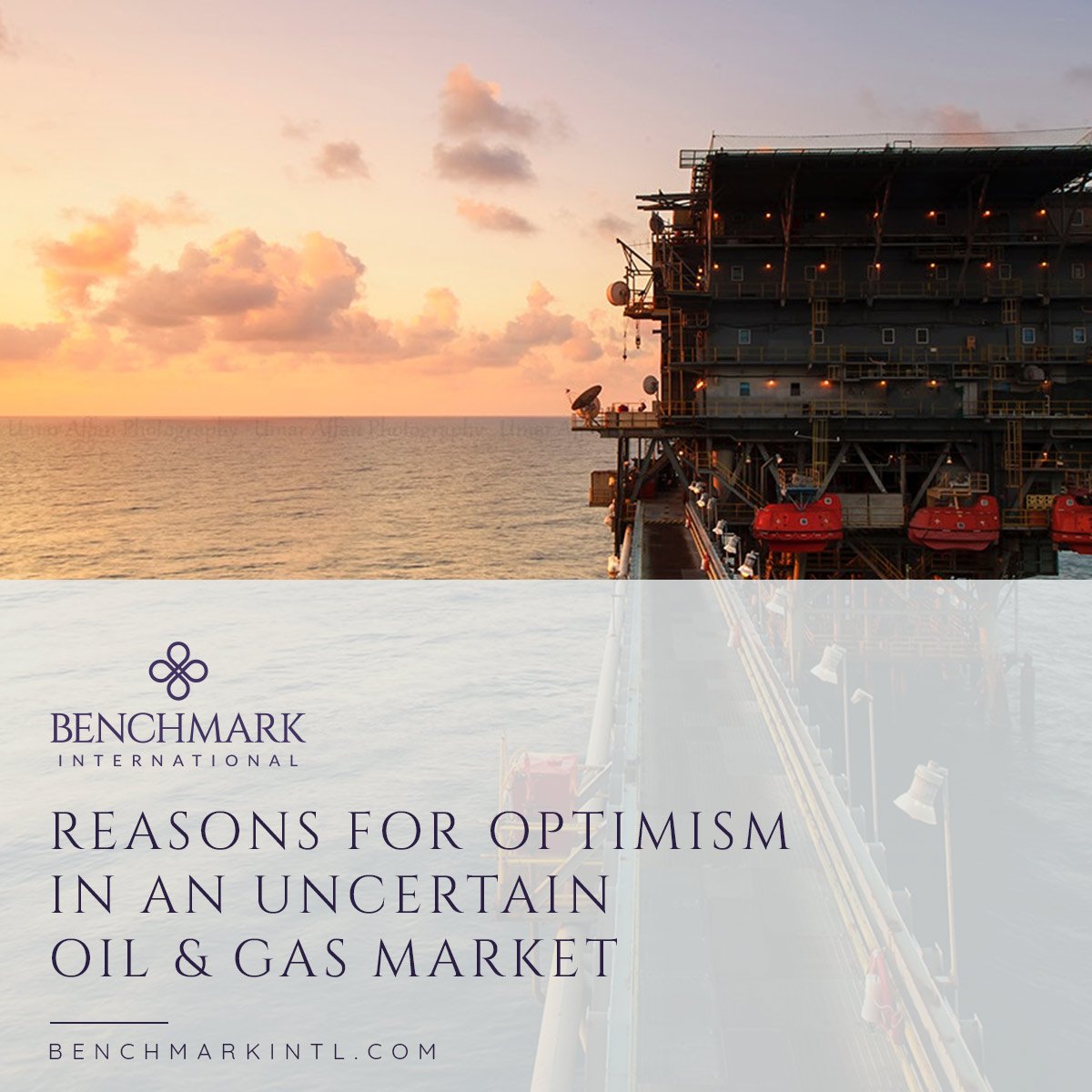 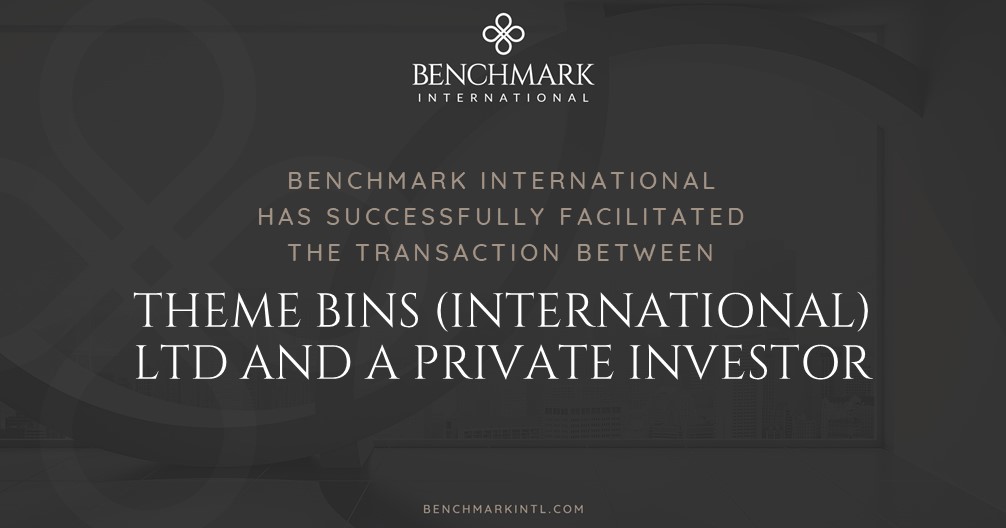 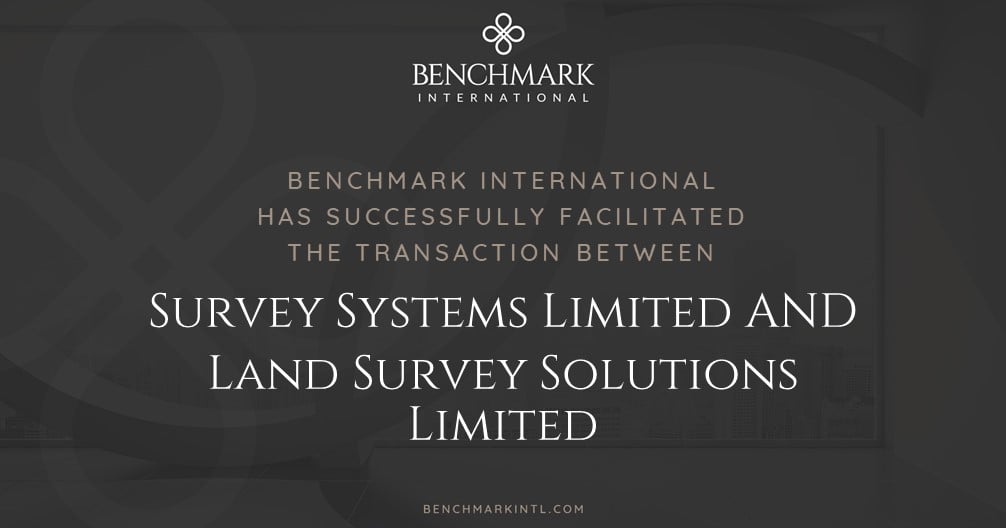 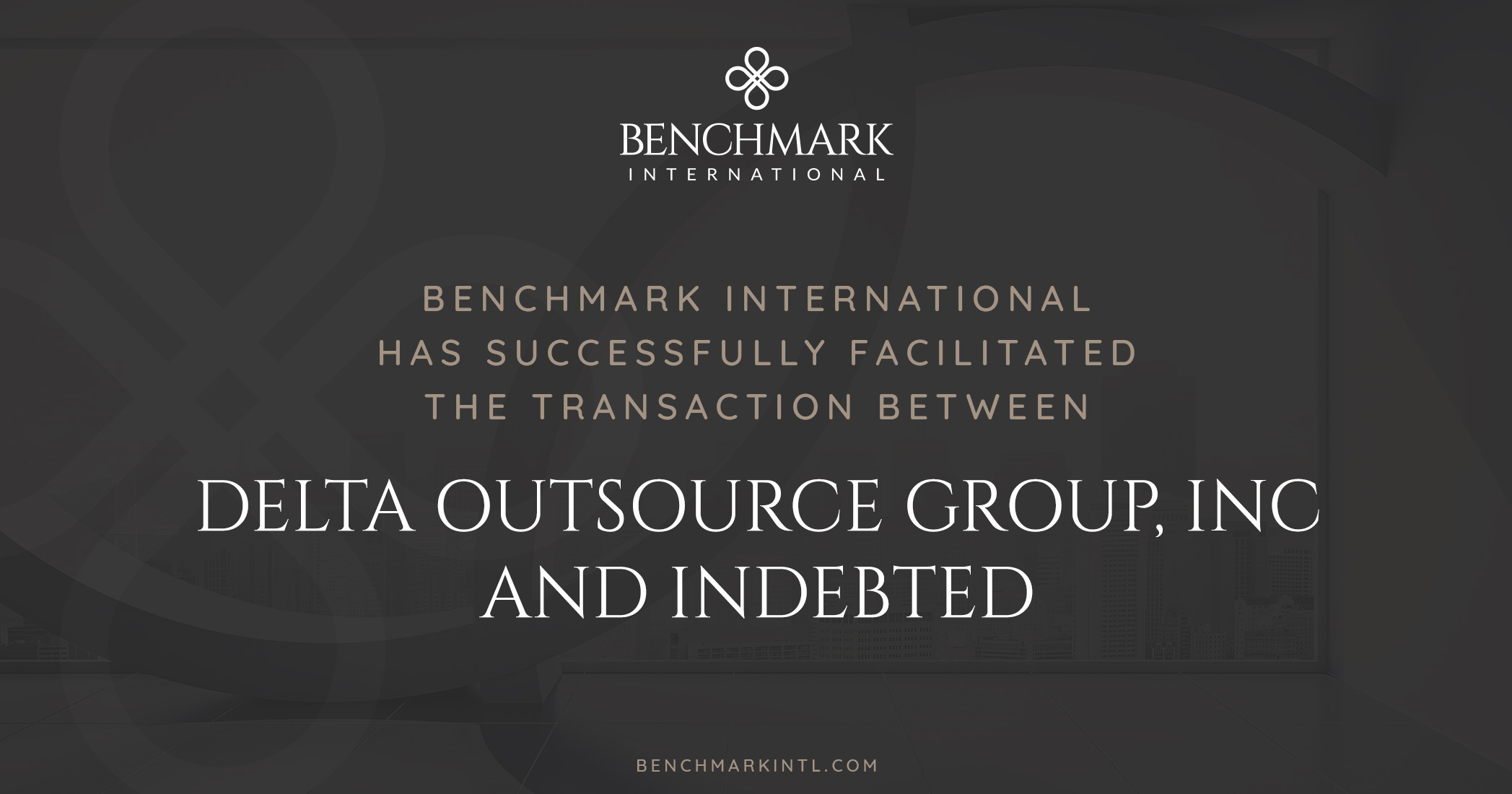