Deal fatigue is a condition that can arise during negotiations where involved parties begin to feel exhausted, discouraged, and frustrated in their attempt to reach an agreement. The negotiation process can sometimes be lengthy and demanding and requires players to spend valuable resources such as time, money, and energy. The inability to compromise in such negotiations not only depletes these resources but also can ultimately lead to a potential deal falling apart. Deal fatigue is a common obstacle in the world of mergers and acquisitions, one that both buyers and sellers alike have faced. From this, however, dealmakers around the globe have observed a few preventive measures that can be taken to ensure a successful transaction.

END_OF_DOCUMENT_TOKEN_TO_BE_REPLACED

Why the Best Buyer May Not Be the Highest Bidder 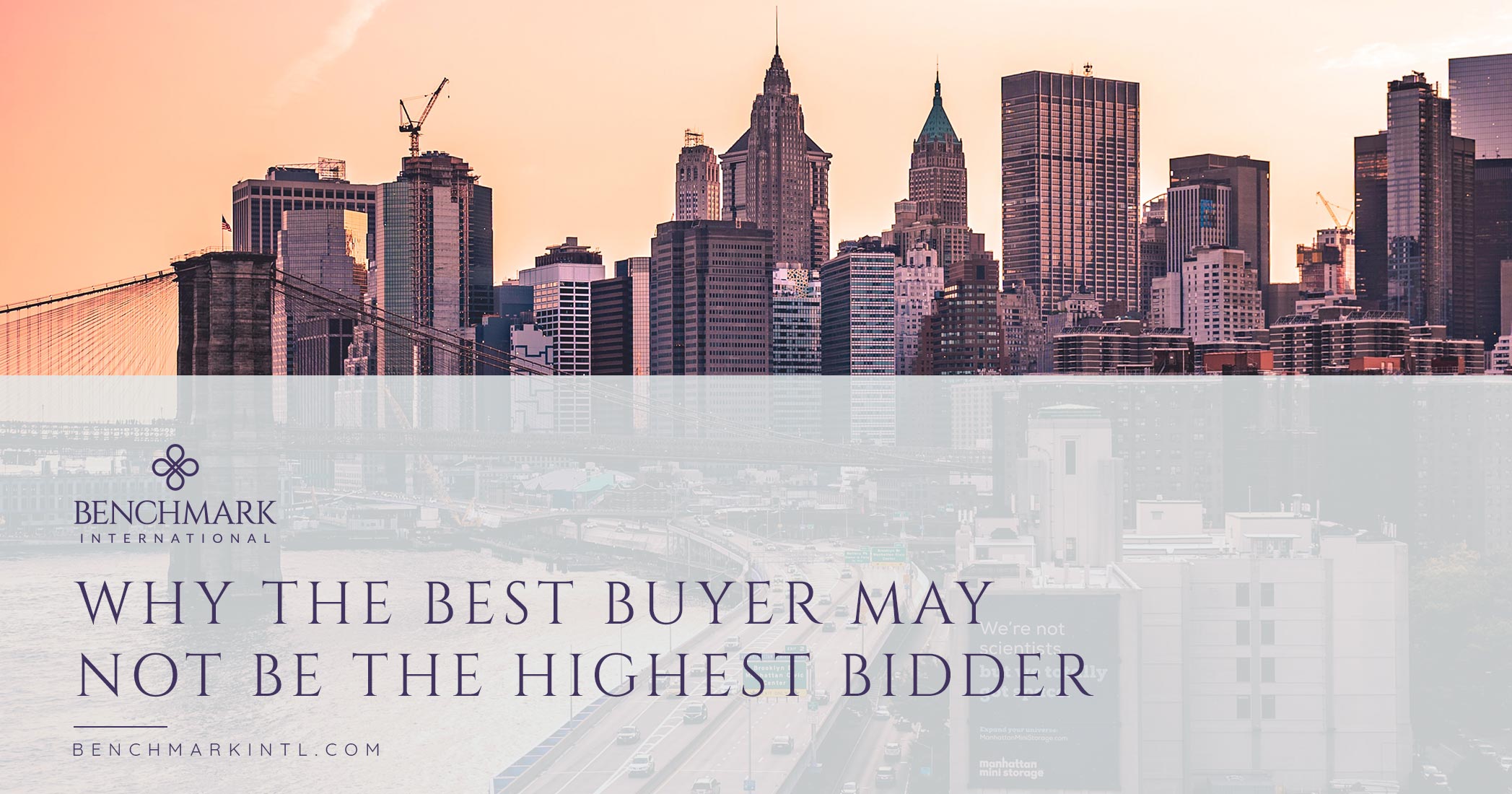 Taking your business to market is a very challenging yet rewarding process. Receiving feedback from potential buyers enables you to learn both what specifically attracts buyers to your company and what your business is generally worth. Throughout the process, a valuable lesson learned will be the importance of weighing all potential offers, rather than strictly accepting the highest offer.

Consider the likelihood that the buyer can finance the proposed offer

Having multiple Letters of Intent (LOIs) to compare against each other is a great problem for a seller to have. Each offer is unique and presents different solutions to finance the proposed transaction. However, an LOI is not binding and simply moves you into an exclusive relationship with a buyer for a set period (typically 60-90 days). Deciding to enter an exclusive relationship with this one buyer can affect your perceived value with other serious buyers, should you have to reopen dialogue if the agreed upon LOI does not ultimately close the deal.

A major component in valuing an LOI is the legitimacy of the offer. One buyer may come in and submit an offer that is a percentage higher than that of other buyers. If you agree, spend time working with the buyer, and ultimately learn that the buyer does not have the funds necessary to pay the intended price, you have lost valuable time on market and there is no guarantee the landscape will be the same upon return to market. For example, other buyers that extended an LOI may have moved on, eliminating them as a potential buyer for your company. Effectively, each seller must determine the authenticity of an offer in respect to the time it will need, the resources that must be committed, and the effect it will have on relationships with other buyers.

Deal structures can be valued in many ways

A second characteristic to consider is the structure of the deal. Four broad levers that buyers have in structuring an offer are cash, equity, debt and earnouts. The percentage makeup of each component is a huge aspect of the offer. For example, a seller who values cash upfront may value a $10 million all-cash offer more than a $12 million offer that is split between 50% cash and 50% earnouts based off estimated financial performance post transaction. An earnout structure would be less appealing to that seller due to the uncertainty of achieving the targeted earnout performance and/or the potential for litigation in the period between transaction-close and the earnout’s expiration.

Compatibility with your potential partner

Unless you fully exit your company and receive a full-cash offer, another topic to consider is determining how well the buyer aligns with you and your company. While not always the case, some buyers may state that proposed deals are contingent upon the owner remaining on full time after the sale because they value the owner’s role for a successful transition of ownership. For any deal in which this is the case, you would also need to reflect on whether you are willing to transition from being the manager to being managed.

A buyer’s compatibility with your company also matters when your payout is contingent upon earnouts or a retained equity position. As mentioned in the previous section, funding for the sale can include earnouts. An earnout is a post-closing purchase price payment that is contingent upon the acquired company meeting negotiated performance goals post closing. If your company’s performance post acquisition does not pan out as expected, the earnout expectations may not be met and you would not receive the compensation which was expected at the close of the deal.

Alternatively, if the seller retains an equity position in the company post sale, then there may be a benefit to accepting an offer from a buyer that is not the highest bidder: if that buyer brings a strategic relationship that grows the value of the retained equity position. Oftentimes this strategic relationship manifests itself in operating synergies allowing for expense reductions, new revenue growth opportunities, or additional management expertise.

Financing strength, deal structure, and compatibility are three of many attributes in addition to the final price that must be considered when selling your company. Ultimately, in a process that is so complex and intense, choosing which offer to accept is not quite as simple as accepting the highest offer.

END_OF_DOCUMENT_TOKEN_TO_BE_REPLACED

Webinar Video: Now That the Valuation is Set, Here's Where You Will Win or Lose the Deal 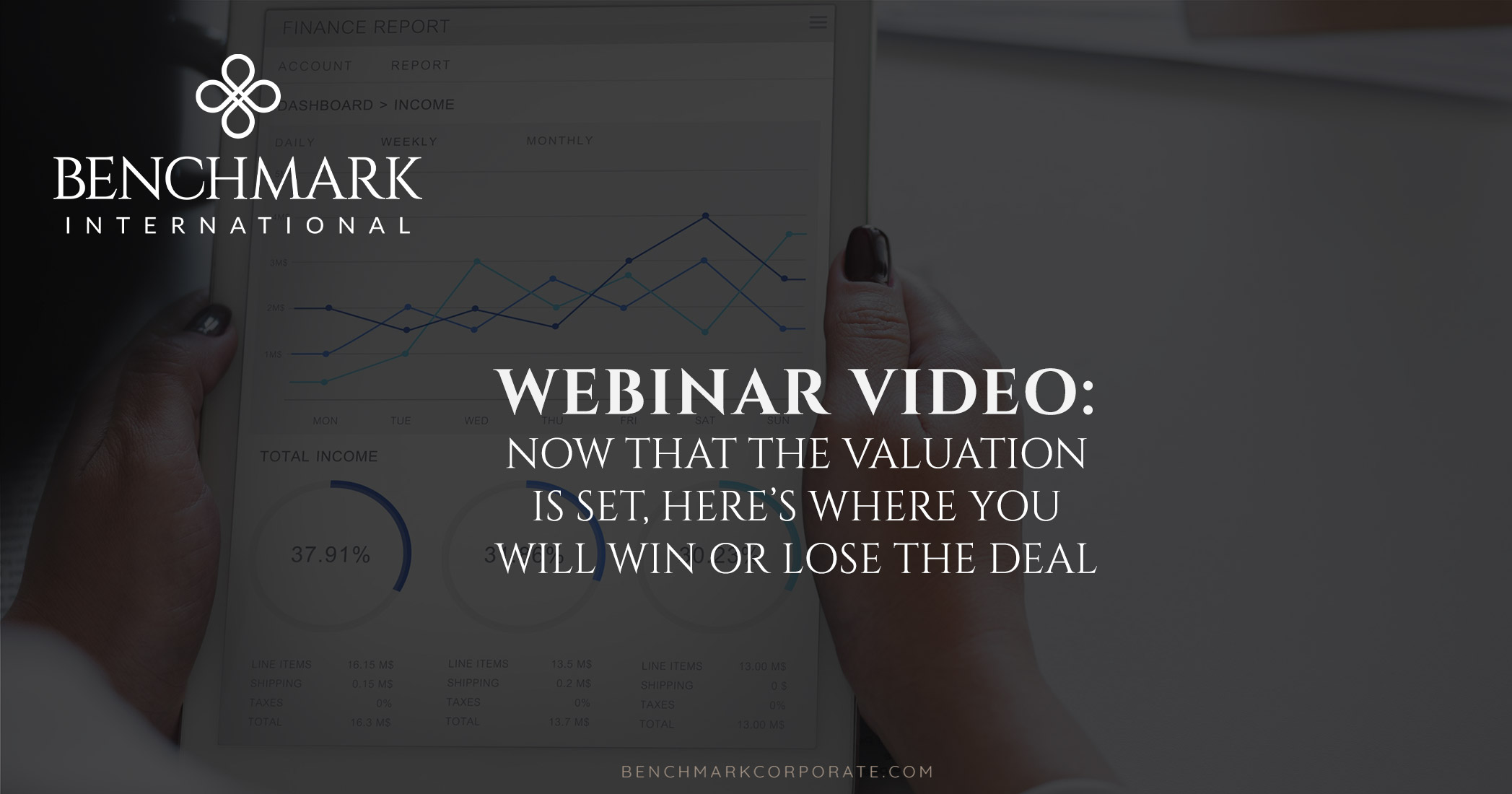 M&A Webinar: Now that the Valuation is Set, Here’s Where You will Win or Lose the Deal

Many sellers think they have reached the finish line once the buyer has been selected or perhaps when the letter of intent is executed. Even those who know they haven’t reached that line often believe all key elements of the transaction have been ironed out and all that remains is the “technical” part. To better understand many of the material issues that remain open after the letter of intent is executed, this webinar will walk participants through a wide array of those open issues.

END_OF_DOCUMENT_TOKEN_TO_BE_REPLACED

Dry Powder in Private Equity: A Struggle to Spend or a Welcome Resource? 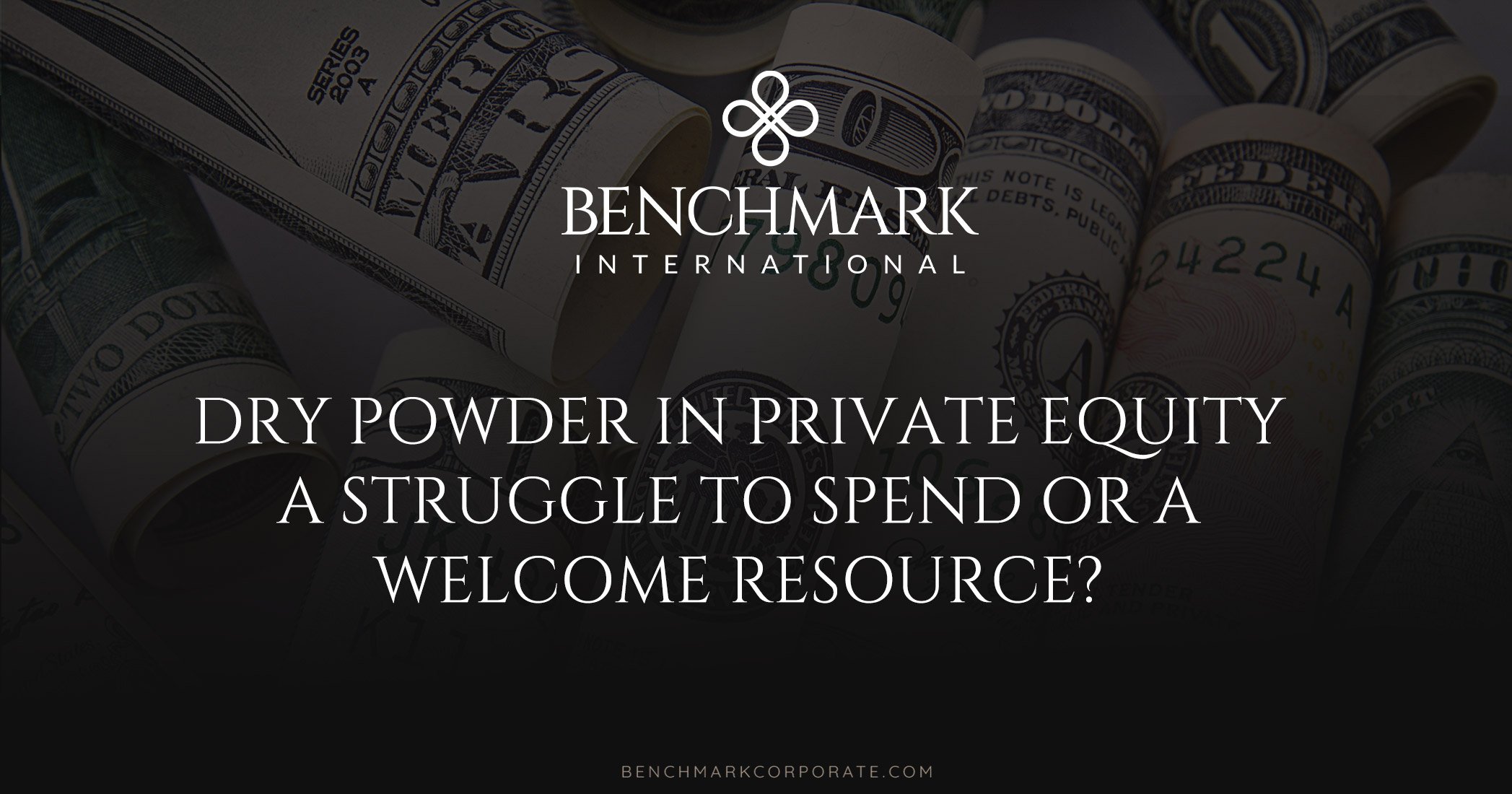 Dry powder is currently a hot topic within the private equity industry because the levels of dry powder are at a record high since the financial crisis, with over $1T of committed capital available.

It is the term used for the amount of cash reserves or liquid assets used by an investor for investment purposes, but has not yet been deployed and there are a number of reasons why there is an excess. In part, there are surplus cash reserves as a result of the strength of fundraising – more cash risen, more cash reserves. However, this is a tale of two halves as private equity has not been spending as much in previous years – asset prices have been inflating and private equity firms are reluctant to pay a premium for these assets. In fact, there has been a year-on-year decrease in private equity funding from 2015 to 2017.

END_OF_DOCUMENT_TOKEN_TO_BE_REPLACED

Webinar: Deal Structures – How to Get What You Want... Register Now!

Posted on May 9, 2018 By Benchmark International in What's happening at Benchmark + events + deal structures + webinar

We will discuss various deal structures as we work through real-life case studies of actual Transactions to help give you an idea of various structures that might help you achieve your goals if you are considering selling.
We will discuss how to use structure to accomplish the following:
• Rewarding your employees for their hard work and service
• Growing your business with someone else’s capital
• Multiple shareholders with different goals
• How debt affects ownership post-close
END_OF_DOCUMENT_TOKEN_TO_BE_REPLACED