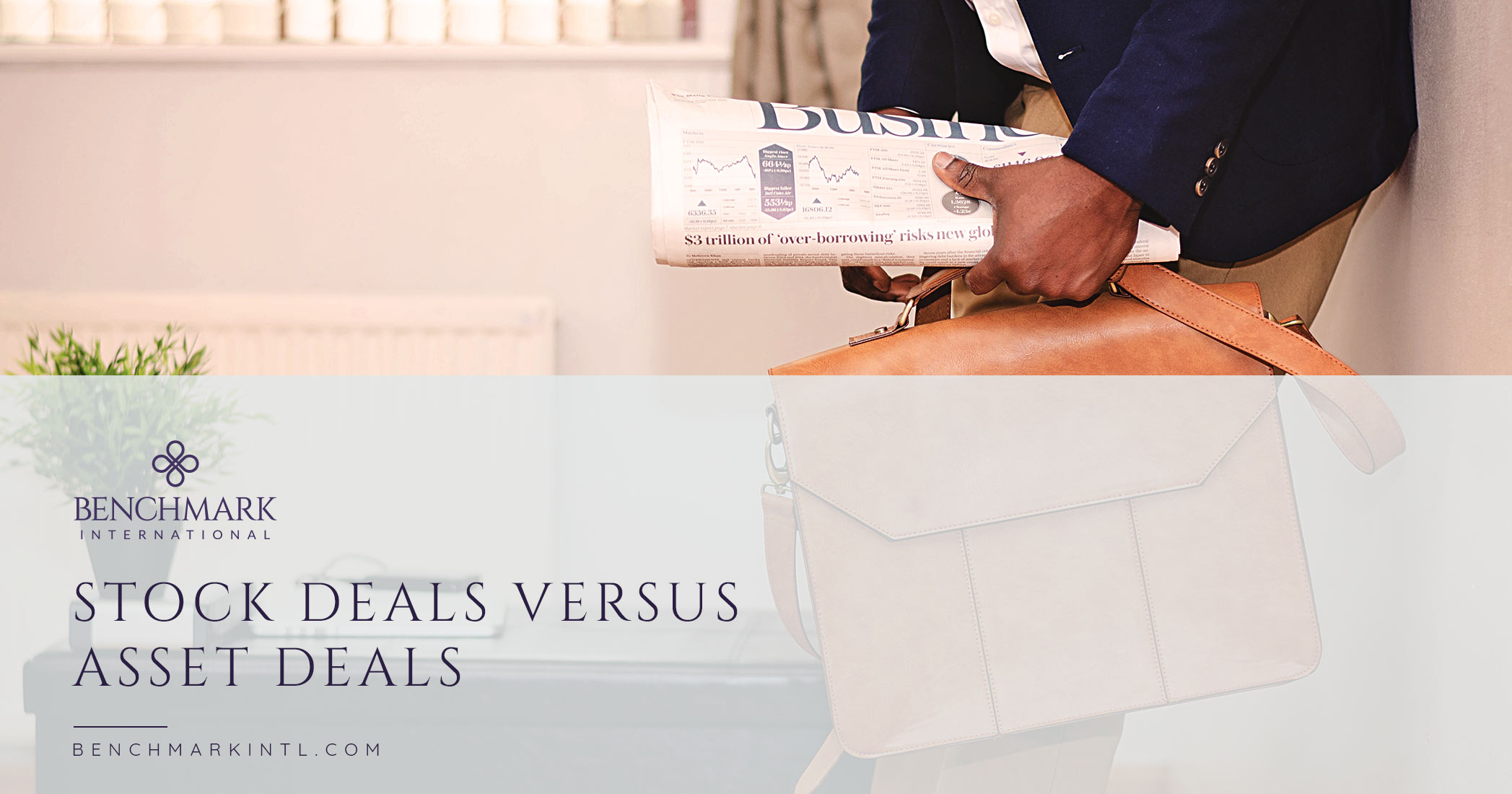 Many first-time buyers acquiring businesses in the United States are unsure of how to structure their offer in terms of a deal to buy the equity of the business (i.e., the stock, membership interests or partnership interests) or the assets of the business. The below FAQs should help point you in the right direction or at least allow you to have a meaningful conversation with your advisors.

Typically, a seller’s initial reaction is to prefer a stock deal to an asset deal. They lean this direction because the first thing they have been told is, “Your tax bill will be smaller on a stock deal.” But there are actually a number of other significant considerations and the conventional wisdom on taxation is not always correct. Even still, when all is said and done and sellers are fully educated, they will almost always seek a stock deal as opposed to an asset deal.

How does this decision affect the definition of the “seller”?

Are the implications of securities laws different?

Yes, federal and state securities laws apply to a stock sale but do not typically apply to an asset sale. This benefits the buyer because of Rule 10b-5 issued by the Securities Exchange Commission (SEC) pursuant to the Securities Exchange Act of 1934. This regulation holds sellers responsible not only for material misstatements in the sale of securities but also material omissions in such sales. With asset deals, the default US rule of caveat emptor applies (unless the purchase agreement says otherwise). Buyers therefore gain a bit of extra protection with both civil and criminal penalties when acquiring via stock deal. However, it is important to remember that Rule 10b-5 applies to both the sale and the purchase of securities so the higher standard applies to both parties to the stock transaction.

What about the meat of the deal? Does it change?

Absolutely. In an asset deal, the buyer and seller must agree which specific assets are being acquired and which are not being acquired. Similarly, they must specify which liabilities are assumed by the buyer and which are left behind. In a stock deal, all assets owned by the company and all liabilities owed by the company move along with the sale unless specifically called out in the purchase agreement. We most often see asset deals in situations where the parties have agreed to leave all or almost all the liabilities behind and stock deals where the reverse is true.

What about those tax issues?

This is often the crux of the difference of opinion between buyer and seller. Though the issue can arise in an infinite number of variations, the most common occurs when the seller has used accelerated depreciation under the Internal Revenue Code and an asset deal occurs. In an asset deal, the parties must mutually agree on a purchase price allocation for tax purposes. All purchased assets are either specified items or “goodwill.” After the acquisition, the buyer can depreciate the value assigned to each specific item but not so with the goodwill. Depreciation creates a “tax shield” that results in the business kicking off more cash for the buyer in the years following the acquisition. The higher the percentage of the purchase price allocated to specific items, especially quickly depreciating items, the more appealing the asset deal is to the buyer and its future cash flows. But the IRS does not like buyers to depreciate assets that the seller already depreciated. In such an instance, the IRS would lose (and we all know that can’t happen). So the IRS has something called “recapture tax.” Suppose a seller bought a machine for $100 and depreciated it quickly down to $15 in its tax books. The result over that time was $85 of expenses that resulted in lower taxes. If the buyer and seller then ascribe a value of $100 back to that item, the buyer will—in future years—get to depreciate that item back to $15 again. “Not fair,” says the government. The recapture tax says, essentially, that if they agree to allocate $100 to that item, then the seller has to pay taxes for the “over-depreciation” it took while it owned the machine. So the buyer wants high value on the specified items and low value on the goodwill, a built-in conflict making deals harder to close.

This is but one of many tax issues that, almost always, tends to pit buyer against seller. Generally speaking though, for most circumstances, the tax issues in a stock deal result in significant reduction in the degree to which buyer and seller are diametrically opposed on tax issues.

Is a stock deal sometimes inevitable?

Yes, it is. When the company being sold has a large number of contracts that require the third parties’ consent to assignment, asset deals can be almost impossible to pull off. This is why larger deals are rarely structured as asset deals.

Most contracts include what is called an “assignment clause.” When a business sells its assets and assigns it liabilities to another company, its contracts are “assigned” and the assignment clause must be consulted. These clauses often require the consent of the counterparty prior to any assignment. Asset deals require assignments; stock deals do not. Obtaining the consent of 4,000 clients and five landlords can often push the buyer and seller to a stock deal regardless of any other consideration.

Some contracts also have “change of control clauses” that essentially state that any change of control of one party will be treated as an assignment. Thus, structuring as a stock sale is not a panacea to this consent issue.

Permits and licenses can pose similar restrictions on the parties, pushing them towards a stock deal. Similarly, in an asset deal, employees must be fired and rehired and must be tied into the buyer’s or new company’s benefits plans.

Is an asset deal sometimes inevitable?

Yes, it is. We see this happen when the company being sold has significant pending litigation, problems with its history, poor documentation, or other defects that make the equity interest in the business unmarketable. Though buying substantially all of the assets can lead to successor liability in some circumstances, asset deals provide fairly effective ways to take the desirable aspects of the business and leave the offensive pieces behind.

Stock deals tend to move much more quickly than asset deals for a number of reasons. Buyers can rely on the protection of securities laws so diligence tends to be less involved. Fewer third party consents are required. There are fewer tax issues to debate.