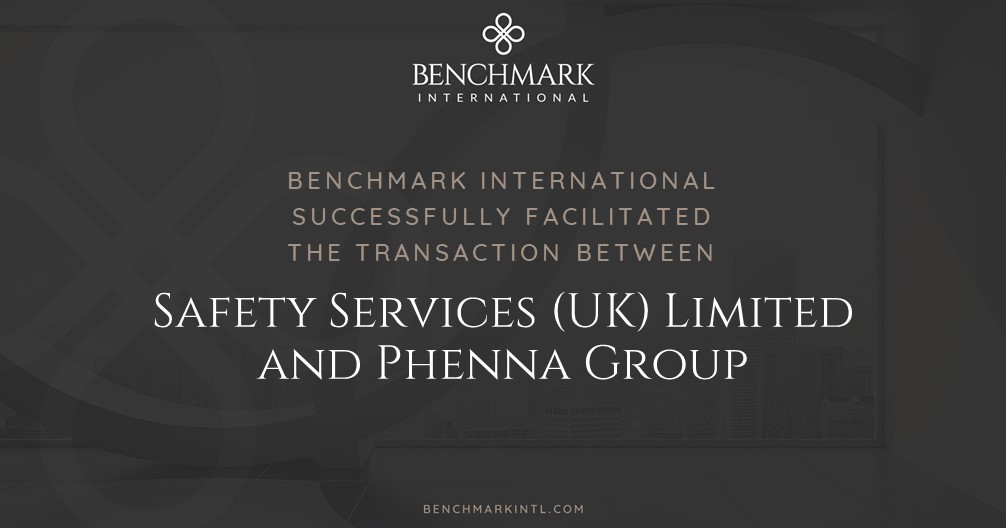 Benchmark International is pleased to announce that Oxfordshire-based Safety Services has been acquired by Nottingham-based Phenna Group.

Mike Fitchett, Founder of Safety Services commented: “I am very pleased to partner with Phenna Group. As I plan to step back from my managerial responsibilities, it was important for me to secure an experienced and ambitious partner to work with Jon Austin, who will lead the team as Managing Director. From my first engagement with Paul and his team, they have been professional and trustworthy. That has given me great confidence that the business is in capable hands and I look forward to the next phase of our expansion, working in close collaboration with the Phenna Group team.”

END_OF_DOCUMENT_TOKEN_TO_BE_REPLACED 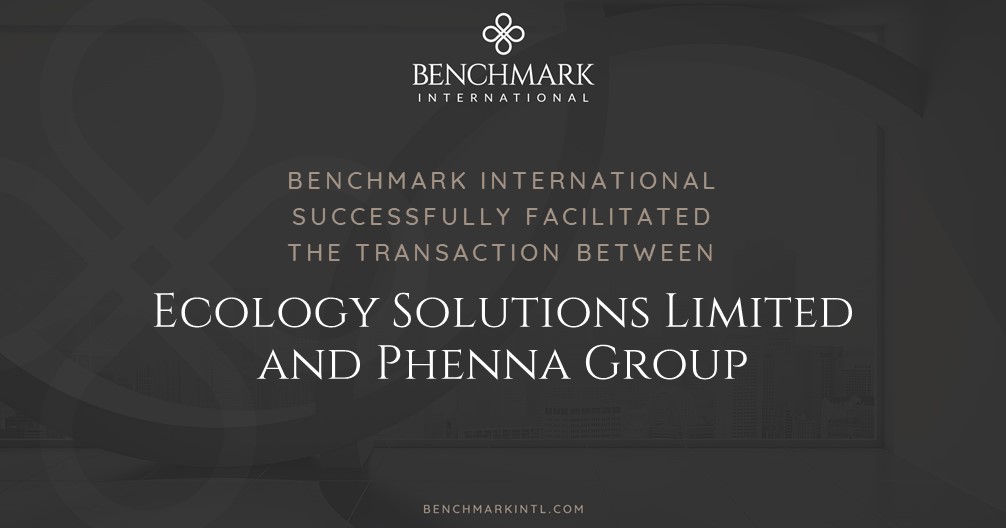 Benchmark International is pleased to announce the sale of Worcestershire-based Ecology Solutions to Nottingham-based Phenna Group.

Established in 1996, Ecology Solutions is an ecology and environmental planning practice. The group offers an unrivalled turnkey service, supporting all stages from site assessment to public inquiry and implementation. The group’s expertise with legal processes, including presenting evidence in the courts and at public inquiries, has positioned it at the forefront of its marketplace and sees it maintain an enviable and unique profile within the Planning and Environment Bar, which is not replicated anywhere in the sector.

Ecology Solutions is the group’s sixth acquisition in 2021 and the fifth business in its rapidly expanding Infrastructure & Construction Division. It also represents the third acquisition conducted via Benchmark International, which have included the acquisitions of GMES and Facit Testing.

END_OF_DOCUMENT_TOKEN_TO_BE_REPLACED 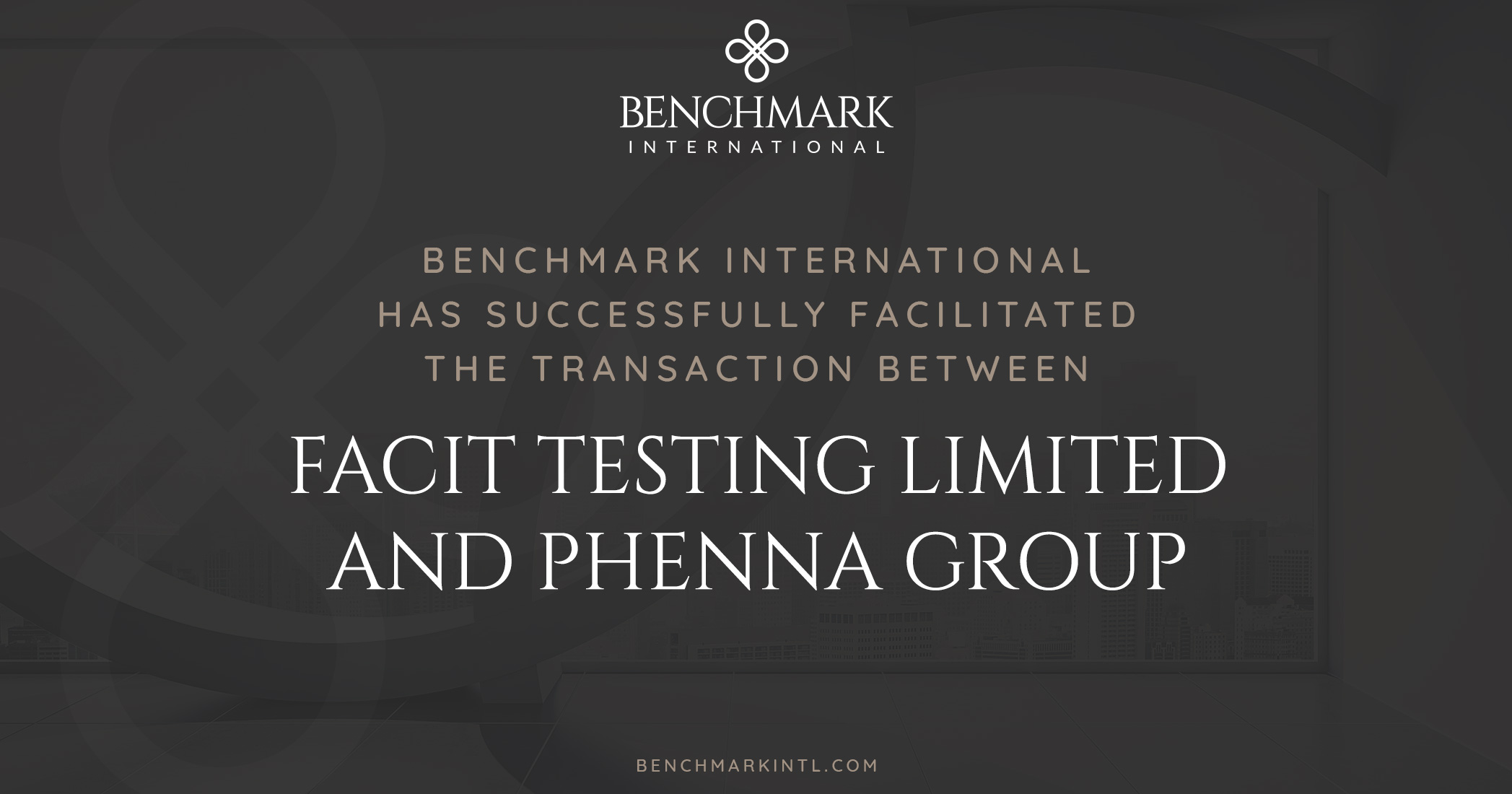 Facit was established in 1979 and has over recent years built a reputation as one of the most trusted specialist electrical services companies in East Anglia. Today, the business offers an extensive range of electrical testing solutions to clients across the domestic, commercial, industrial and public sectors.

Brian Impleton, Managing Director of Facit, commented: "I am hugely excited to be joining the Phenna Group and look forward to working with Paul and his team to drive the future growth of the company. Since deciding to seek a partner, it was obvious from the first meeting with Phenna Group that they shared our vision for the business. They have remained professional and easy to deal with throughout the process and I look forward to developing our relationship and expanding the business over the next few years.”

Paul Barry, Group CEO of Phenna Group, said: "I am delighted that Brian and his team will be joining Phenna Group. From the very first time I met Brian, I was positively impressed by his energy, drive and passion for the business, which resonated well with the culture and values of Phenna Group. Facit Testing fits closely with our strategy of creating a differentiated group of niche TICC businesses and I'm looking forward to working with Brian to help deliver their very ambitious growth plans.”

This acquisition is Phenna’s second in the electrical testing and inspection sector. The first was the acquisition of GMES, an acquisition also conducted via Benchmark International.

END_OF_DOCUMENT_TOKEN_TO_BE_REPLACED 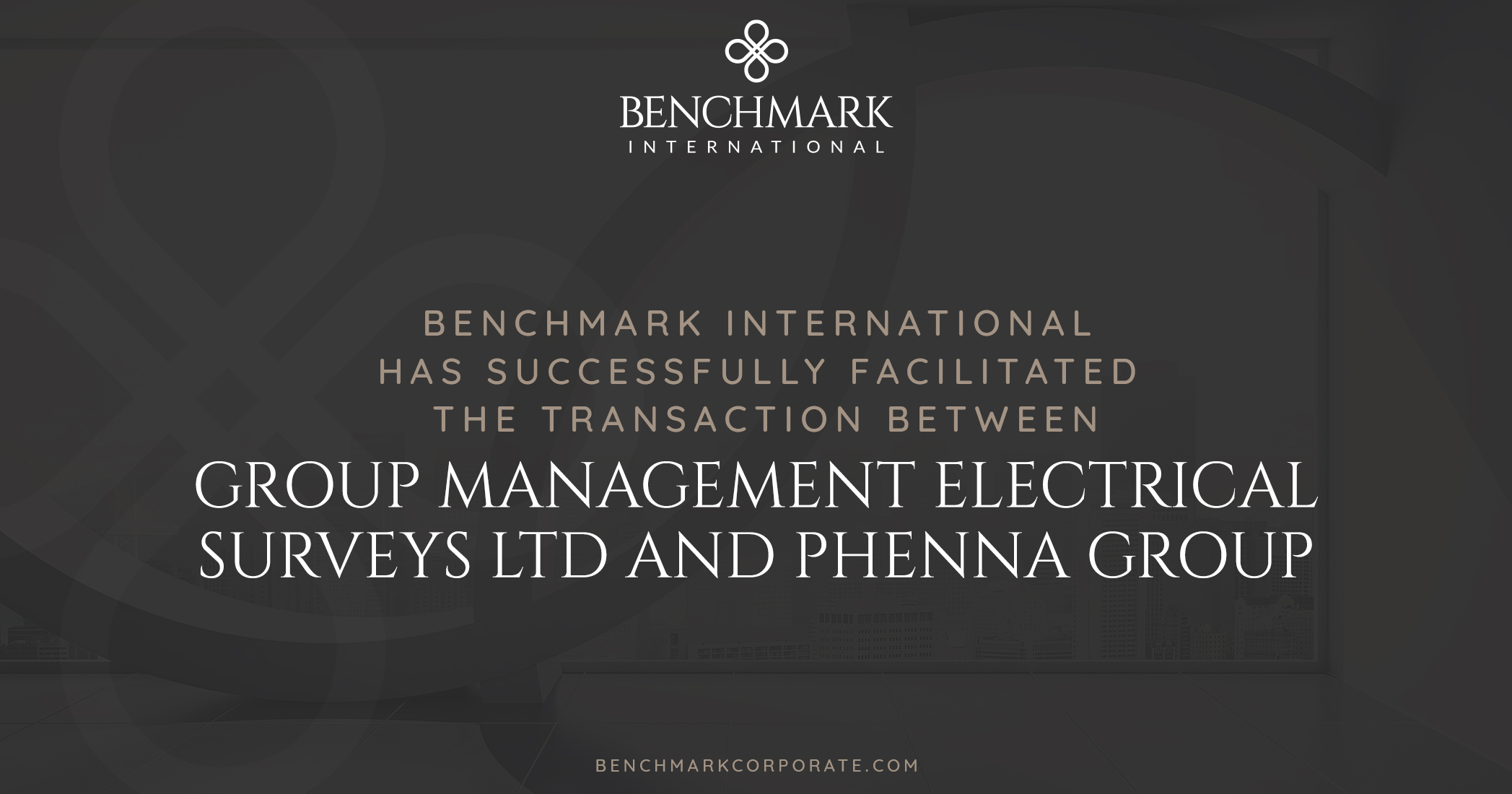 Phenna is a group of specialist businesses focused on the testing, inspection, certification, and compliance (TICC) sector. Its aim is to build a global portfolio of independent TICC businesses, with GMES representing Phenna Group’s fifth acquisition since its formation less than 12 months ago.

Steve Cressey, Managing Director of GMES will continue in his current role, alongside the company’s very experienced management team and highly skilled workforce.