What is COVID-19 Doing to the M&A Markets Now?

Posted on July 28, 2020 By Benchmark International 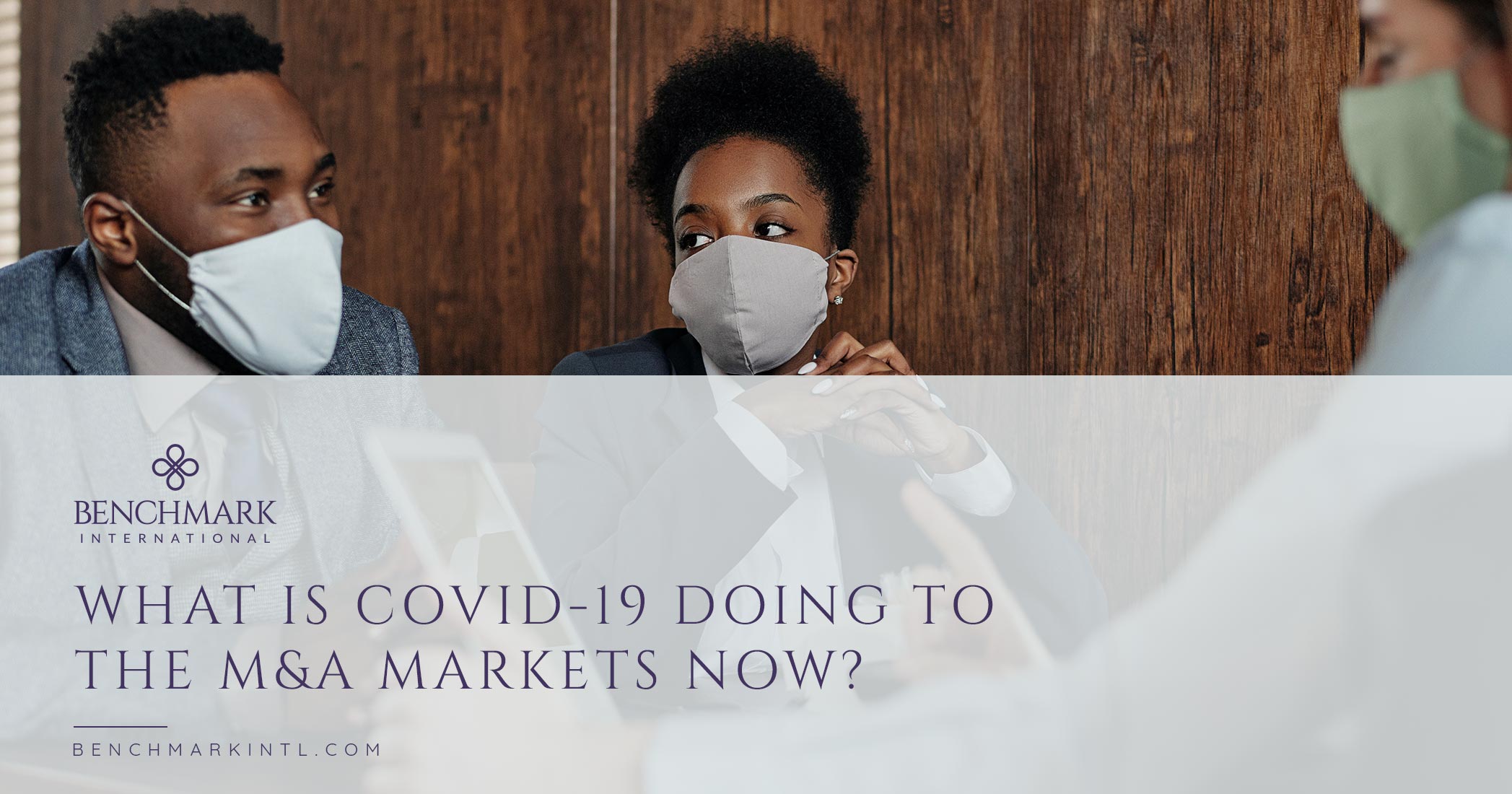 What’s the latest effect (as of late-July) COVID is having on lower middle-market M&A in the US?

Some deals have fallen out resulting in some new buyer requests emerging. As with stock in the publicly traded markets, we are seeing what you might call a “sector-rotation.” Any time you have a change in the macro-environment, whether favorable or unfavorable to the economy overall, you see buyer preferences shift.

Demand has moved and it takes time for supply to catch up. Also, it takes upwards of three months to close an M&A deal, even in the smoothest of times. So, replacing those deals that fell out that were in the middle or even their end phases will require some time. But the buyers still keep calling. We aren’t seeing a deeper trend, which would be concerning, about money being pulled out of private equity. So, the ship has taken a roll but there is no sign it's taking on any water.

Why haven’t buyers dried up?

Institutions and wealthy individuals invest in private equity and turn into the lower middle-markets because they need a place to set their money to work for them.

Globally, governments have slashed interest rates in response to the pandemic. That made every other class of investment less attractive. Coming into 2020, we were concerned that rising interest rates would make those other asset classes more attractive, and we would see the historic record inflows to private equity dry up. But that has now been deferred for another year or so. Once governments recognize the need to pay off these massive bills they’ve just created, probably at the end of the next budget and tax cycle, we will see interest rates rise, perhaps even faster than we had expected as governments raise taxes and attempt to inflate away their debt.

That’s fine for financial buyers but what about strategic buyers?

Yes, some have headed for the sidelines for the time being. But operating companies, as always, need to grow their revenue and the healthiest businesses will continue to look for growth opportunities. In the present scenario, we also have companies that weren’t as healthy or as growth-oriented that now need to replace some revenues and that need to, in a way, reinvent themselves or find alternate routes to market. We also are seeing trade buyers entering the market because they have lost key suppliers or are worried about losing key suppliers, and they are looking to integrate upstream. Fortunately, larger companies went into this situation with overall corporate debt at record lows. That means there are companies out there that have the room to borrow even if their operations are not going gangbusters at the moment.

But are banks lending?

Debt is tightening at the moment. Lenders don’t like uncertainty. This is part of the reason that deals that were negotiated pre-COVID are falling out. Buyers use as much debt as possible and if interest rates go up (which they did for M&A debt even though no-risk and low-risk interest rates were brought down), then the math of the deal gets reshuffled and someone backs out. But banks adapt and as the risk-free rate hovers near zero, they find ways to get comfortable with handing out M&A debt. Seeing senior debt on deals now brings them around 6% and mezzanine debt 12-14%, is helping them adapt faster at the moment. We are seeing deals carry a little less debt over the last few months, but bankable deals are still getting debt. Unfortunately, though, lenders are a little more investigative and slower than normal, so we are seeing this add perhaps a month to many deals.

What effect does this have on the price?

So far buyers are being creative, and those that are not are losing their deals. The good buyers are coming back and tinkering with the deal structure to keep the overall multiple up rather than lose the deal. We are seeing them ask for more seller debt and more rollover. Deals that used to have a 20% rollover component now might have 30 or 40%, leaving the sellers a bigger second bite at the apple while still satisfying their need or desire for a transaction.

So, is it still a good time to enter the market?

The best time to enter the market if you are selling ice is the summertime. But the amount of time it takes to get a company to market is longer than the range of our visibility at present into where the market will be when the company is truly at the step of “entering the market”. So that question carries a bit of a false pretext. The real question is: “Is it time to start the process?”

The answer to that question is: “It’s always time to be ready to sell.” And because of today’s added volatility, to the extent, an owner is trying to time a window they are going to have a better shot at it if they get started, get their marketing materials made, learn the process, and stand ready to enter.

Is it really all about market timing?

No. You can sell ice in the winter, and you can sell it for the same price as in the summer if you know what you’re doing. You just have to work harder and maybe be a bit more patient, creative, or flexible. You need a solid process, broad market outreach, and a good M&A team around you. I’ve known too many owners that waited for the right wave and by the time they realized it had come, it was past. At least those that were sitting on their board out in the surf could try to chase that wave or ride the back of it, as opposed to those waiting on the beach. You can certainly sit out a solid tough spell but getting the right deal is not about hitting the market at just the right time. Buyers come and buyers go. There is always a quality buyer out there that needs the business and will pay top dollar if handled properly.

Final thoughts on the current situation?

Selling a business is too important of a decision to let any single factor decide for you. The business is usually the owner’s life’s work and therefore the considerations are infinite. Never will all of them fall into a perfect line. In other words, there are always reasons to not sell. Fortunately, starting the process and deciding to sell is not the same thing. Starting the process simply requires the reasons to sell being slightly greater than the reasons not to sell. Then, six months or a year later when the contract is on the table and the pen is in your hand, the relative importance of the pros and cons shifts. Our clients pass up offers all the time. Just because they pass on an offer does not mean that they should not have started or entered the market when they did. As long as they retain absolute discretion to sell or not to sell throughout the process, being worried about where the market is or where it might be going should not be a major concern. 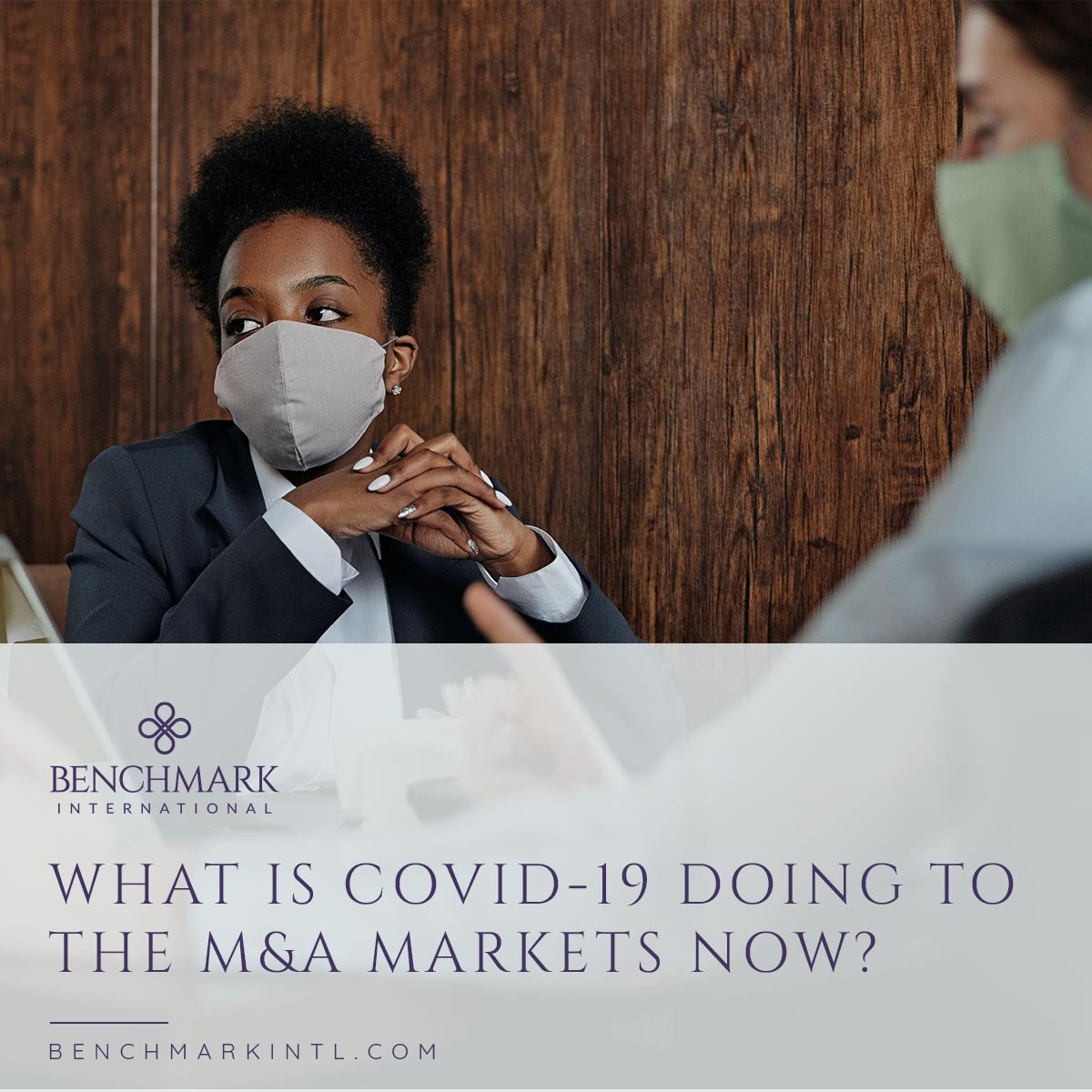 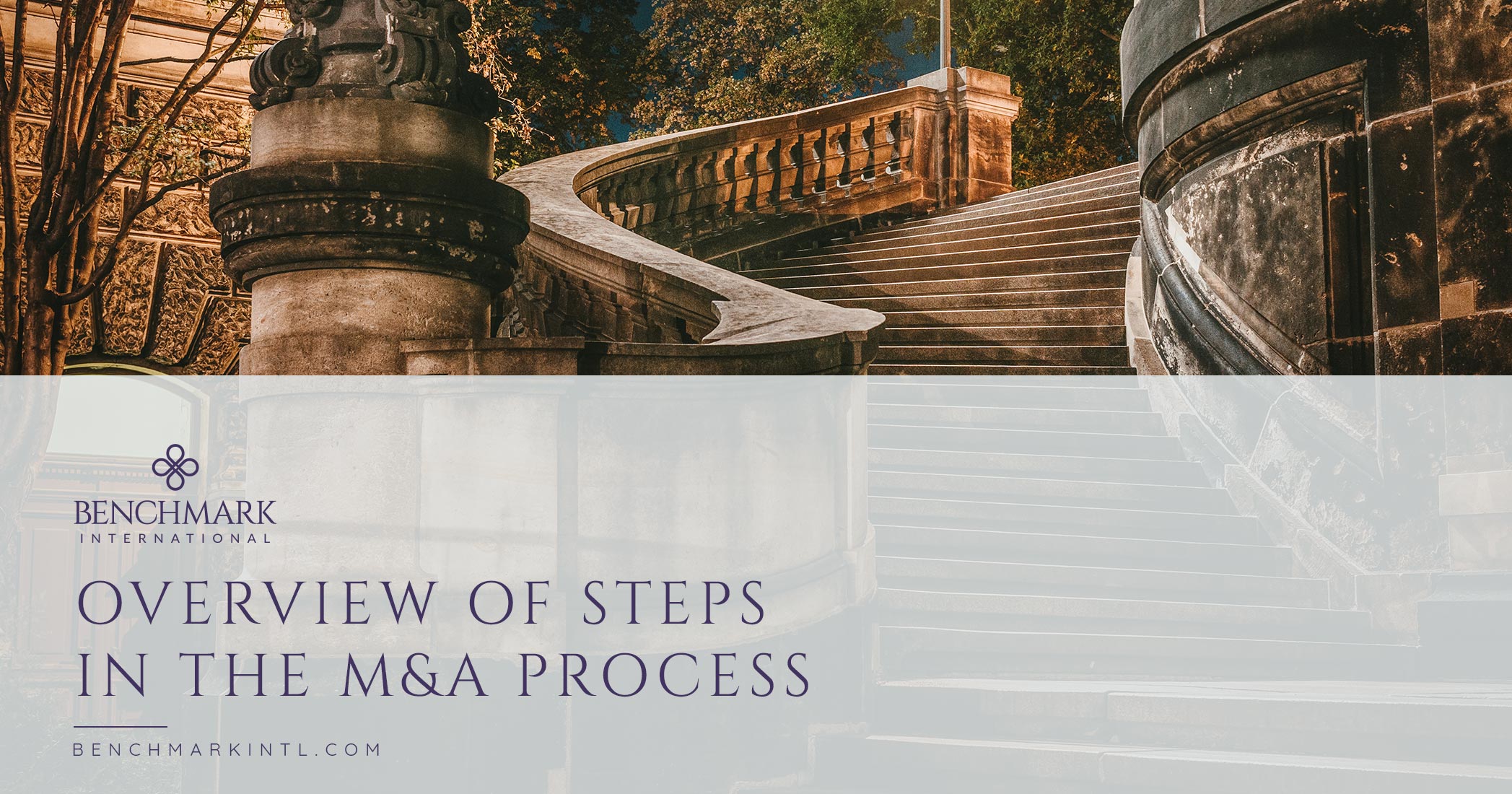 Overview Of Steps In The M&A Process
in 'Benchmark International' 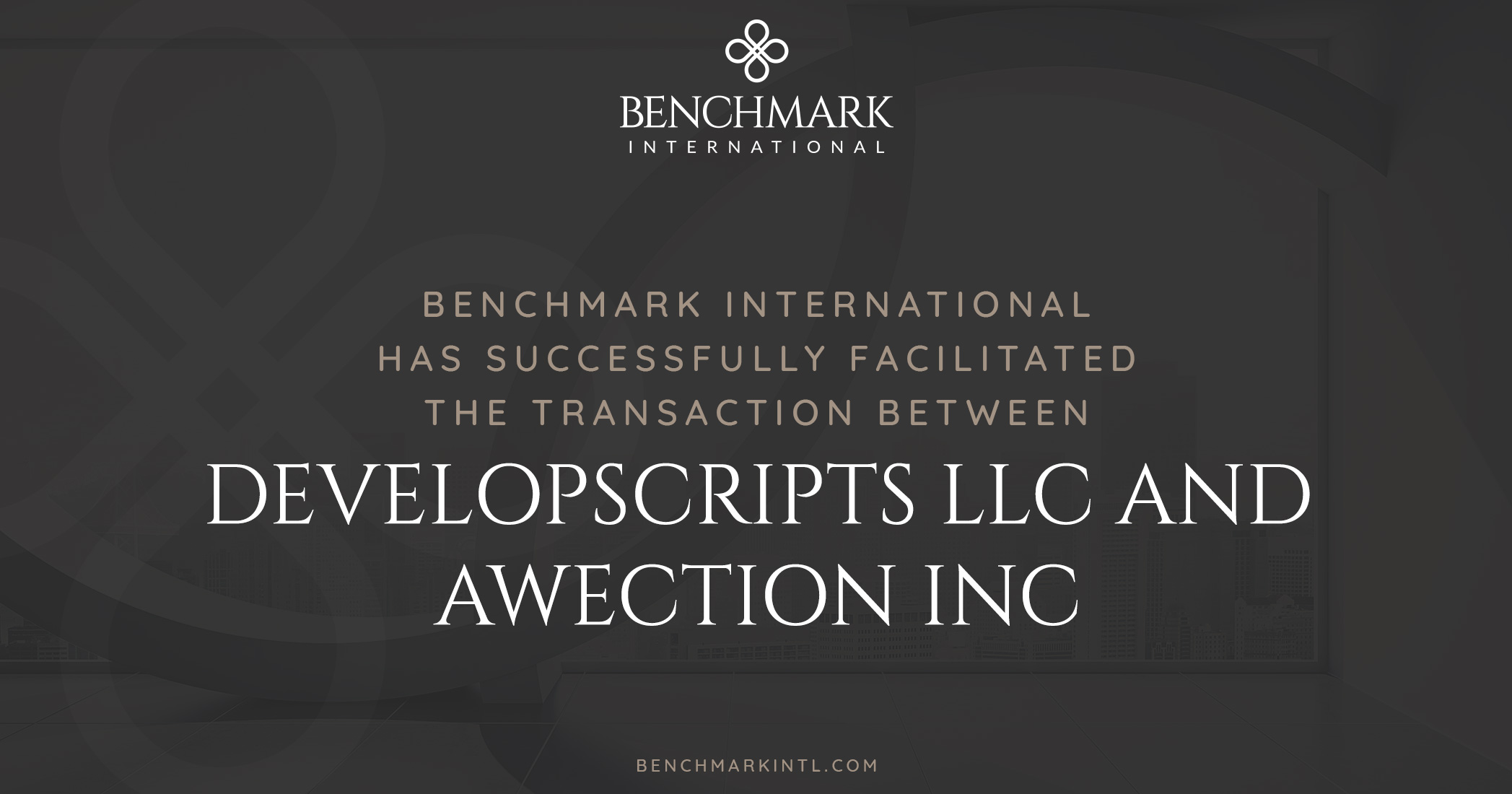 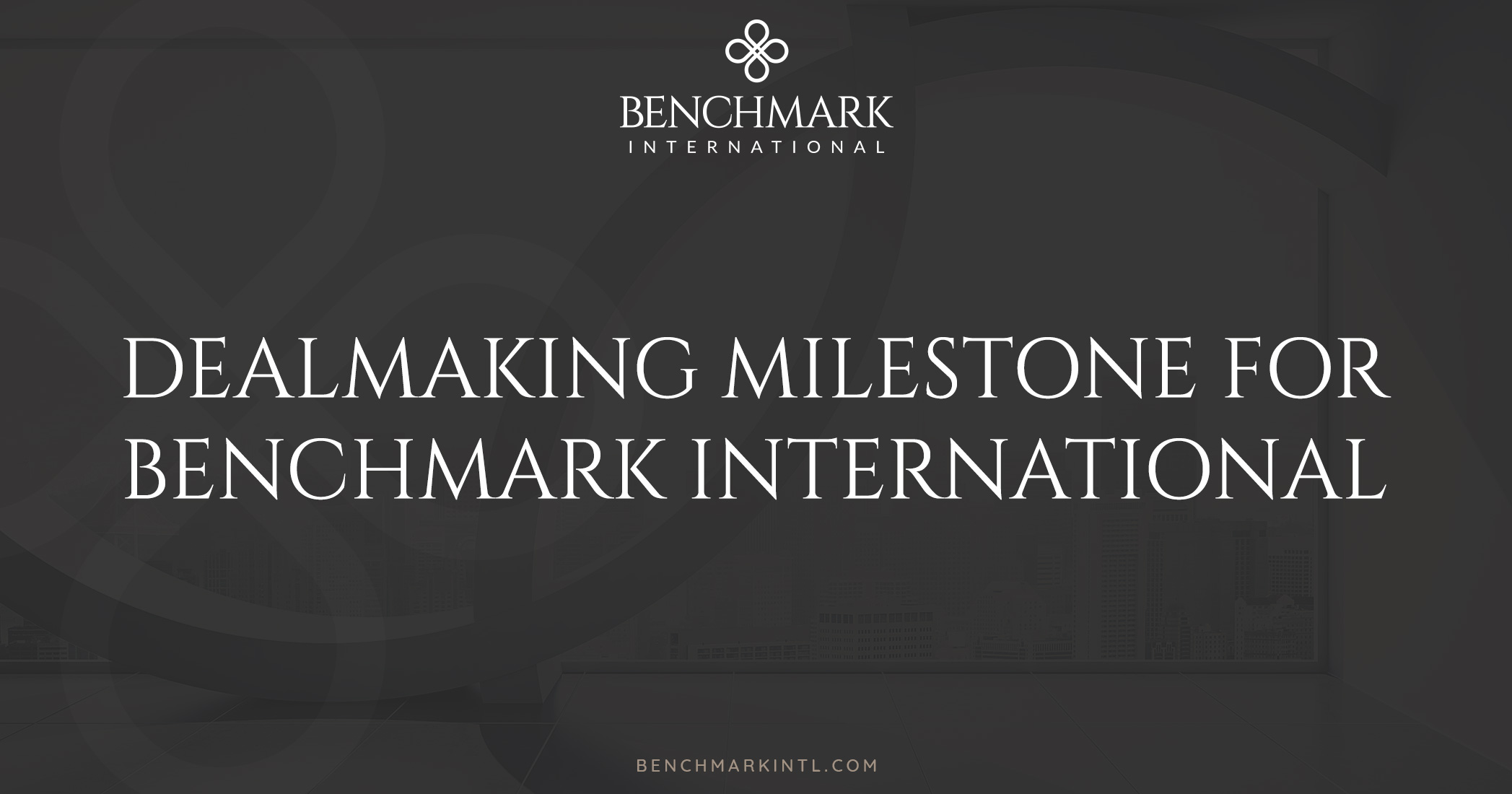 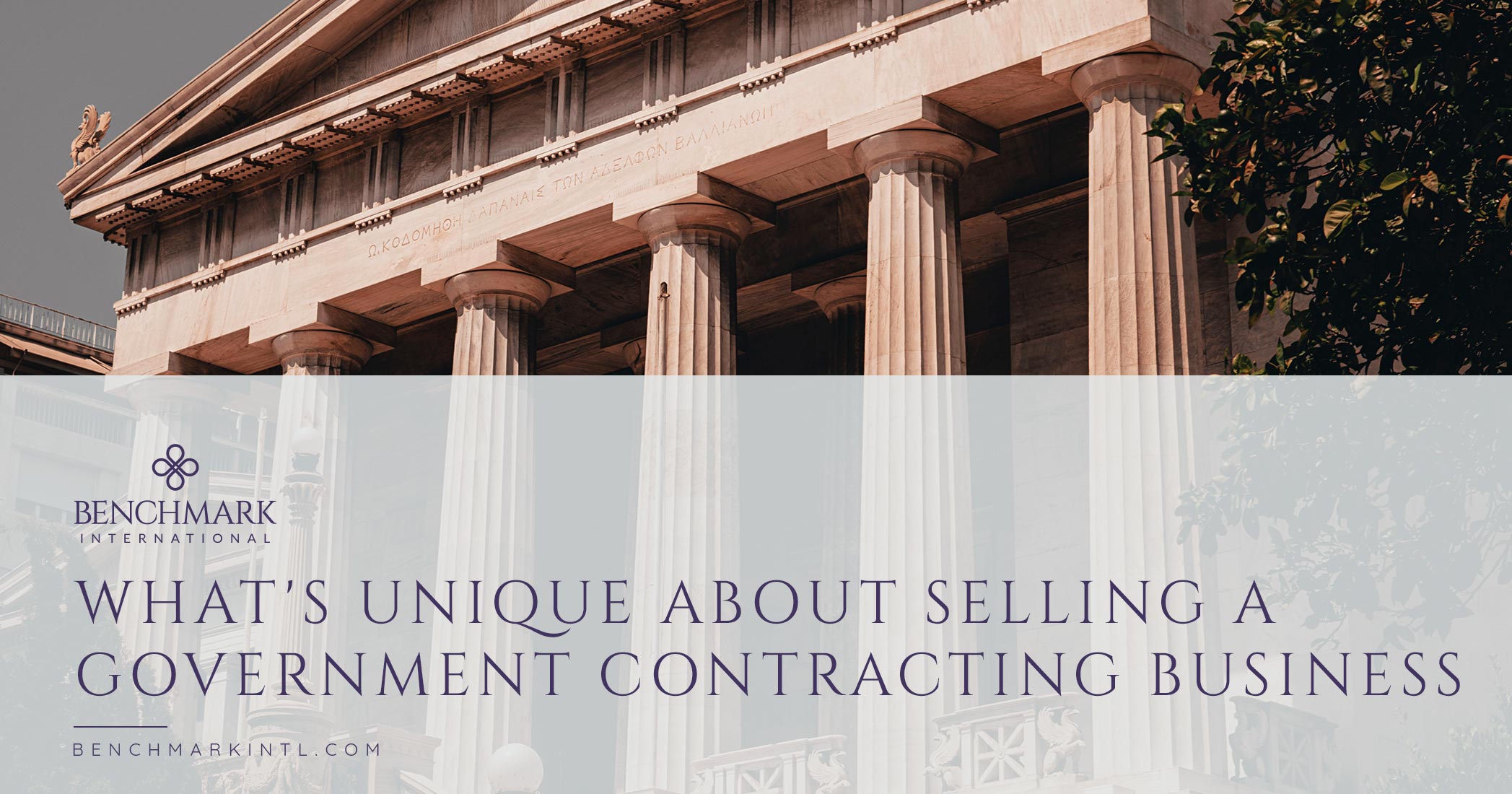