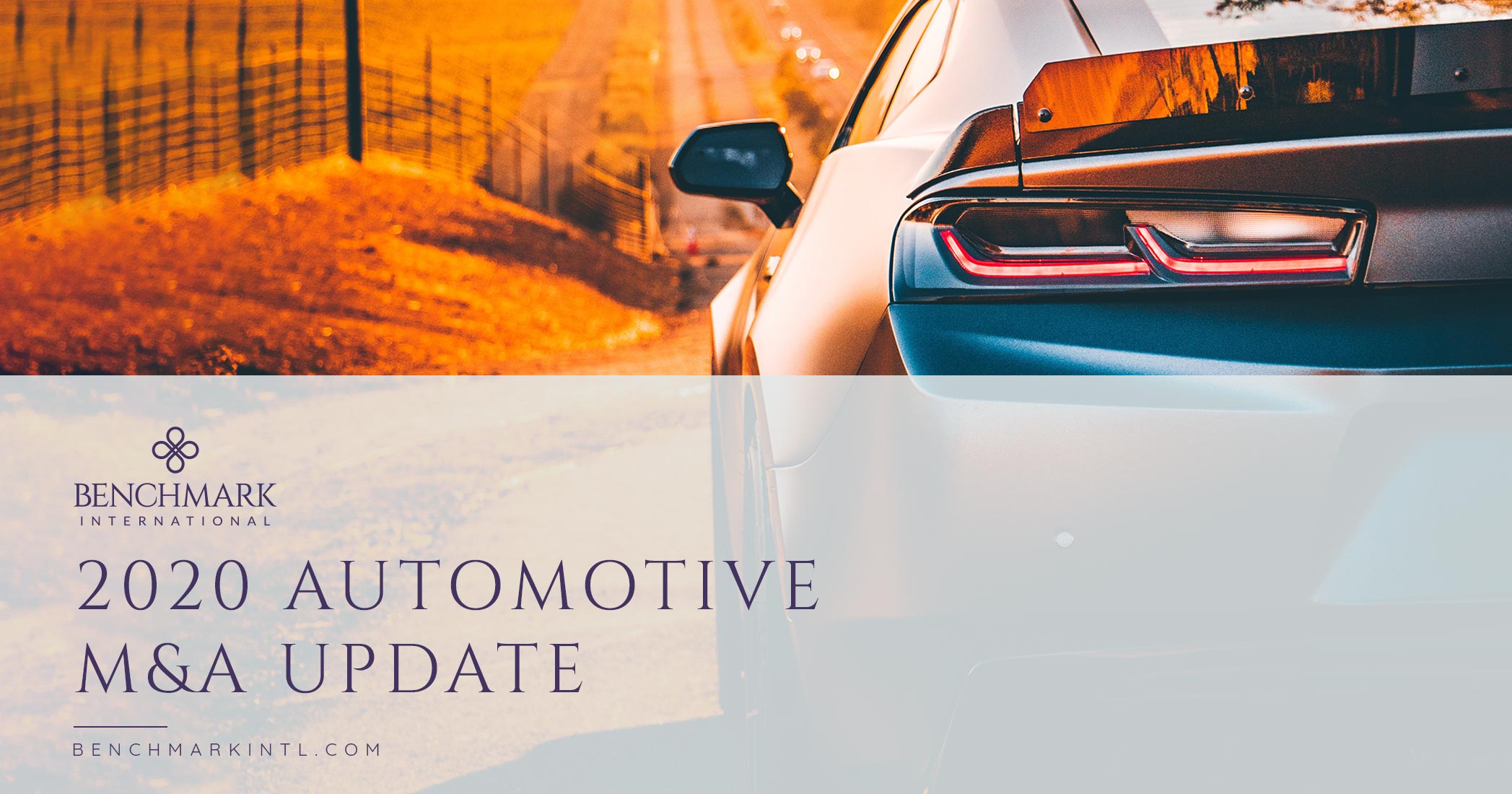 During the first half of 2020, M&A activity in the automotive industry was down from previous years due to uncertainty stemming from the COVID-19 pandemic, with cross-border deals becoming more complex. However, the pandemic also resulted in new opportunities for consolidation within the industry.

There were $11.9 billion in M&A deals, which represented a 54.8% decrease in value compared to the first half of 2019. Most investments were in the pursuit of CASE (Connected, Autonomous, Shared, Electrified) technologies. This type of tech is predicted to drive M&A through the end of 2020. Dealmakers are expected to concentrate on securing supply chains and increasing resiliency rather than expanding globally.

The majority of deal value in volume in the first half of 2020 took place in Asia and Oceania, followed by North America. The largest automotive transaction in the first half of the year was valued at $2.9 billion, with Traton SE, a vehicle-manufacturing subsidiary of Volkswagen AG, acquiring Navistar International Corporation. Volkswagen Group China continued to strengthen its electrification strategy by making two acquisitions valued at more than $1 billion each: Gotion High-tech Co. and JAC Volkswagen Automotive Company.