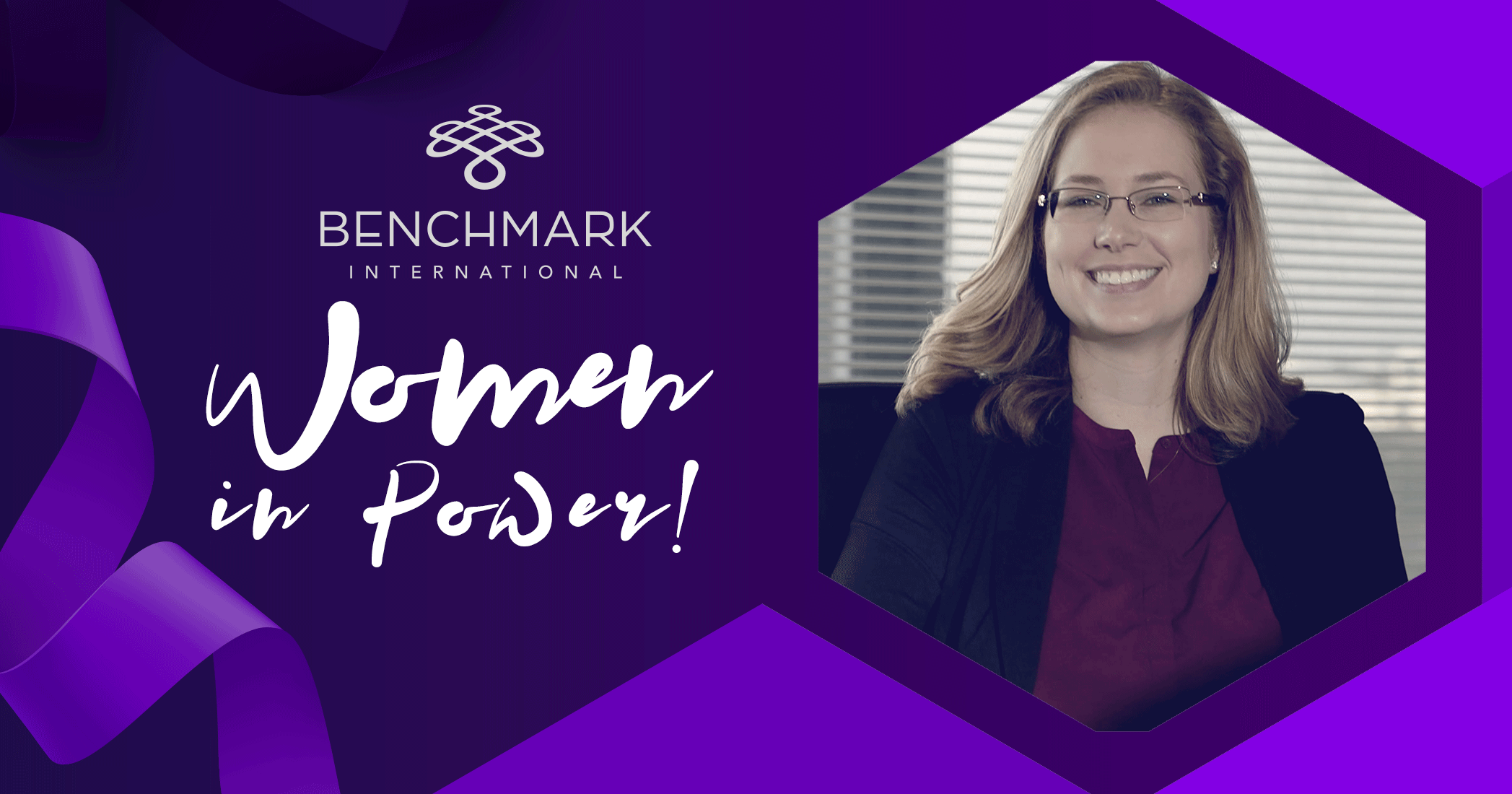 “If particular care and attention is not paid to the ladies, we are determined to foment a rebellion, and will not hold ourselves bound by any laws in which we have no voice or representation;” these words were spoken by Abigail Adams, First lady of the United States and wife to John Adams, one of the founding fathers and writers of the Declaration of Independence.

There is no doubt that women have been aggressively challenging the status quo in their pursuits for independence, equality, and active leadership over the last couple decades. This past Tuesday November 06, 2018, women took their achievements to a whole new level and broadened the gamut of political representation to include the largest body of female members of Congress thus far.

The ladies deserve a round of applause after the turnout of this year’s US midterm elections. There were some notable historic voting records surpassed. So far, there will be at least 119 women serving in the 116th Congress. This number is up from the historic high of 107.

The central message being supported by both sides of the fence is that this turnout of elections was a huge success for this gender group as a whole. Women are playing a much larger role in law declarations than ever before, and their voice is being represented at a louder volume than ever before.

This group of elected women represents several firsts for this minority. The next Congress will have a record number of women of color, a record number of non-incumbent women, its first Native American women, its first Muslim women, and the youngest woman ever elected to Congress. Exit polls illustrated that 8 out of 10 Americans said it’s important to elect more women to public office.

Women are upending the idea that “men wear the pants,” and are taking the reins in corporate settings as well. According to the National Association of Women Business Owners, “more than 11.6 million firms are owned by women, employing nearly 9 million people, and generating $1.7 trillion in sales as of 2017.” Moreover, women-owned firms account for 39% of all privately held firms. These stats have been growing consistently for the last two decades as women start to play larger roles in business development and implementation, and they are only expected to continue growing.

Benchmark International supports women in their pursuits of their passions and their drivers for success, and this is highlighted by the success of one of our very own inspirational women. On November 06, 2018 Managing Director, Kendall Stafford, challenged the mainstream middle-market mergers and acquisitions sector when she was awarded the title of Investment Banker of the Year by The M&A Advisor.

The awards presented by The M&A Advisor are essentially the equivalent to the Oscars for the M&A world. Stafford is a key player in transactions completed by Benchmark International, and she is a valued team member. Stafford was among a list of eight finalists, and she was the only woman on that list, and she came out on top. Benchmark International believes in fostering success and supports our employees and our clients in all they wish to achieve.

When it’s time to sell your business, you want a team that is on your side. If you are a woman looking to get the most from a full or partial sale of your business, we are dedicated to facilitating an acquisition that gets you the best value for your business in every facet.

If you are ready to start your exit strategy, you can call the Benchmark International headquarters at (813) 898-2350 to speak with a professional who can get you on the path you seek.

END_OF_DOCUMENT_TOKEN_TO_BE_REPLACED

Midterm Elections: The Results Are In, What Do They Mean for M&A?

Posted on November 9, 2018 By Benchmark International in US Business + US Election + US M&A + Business Tips 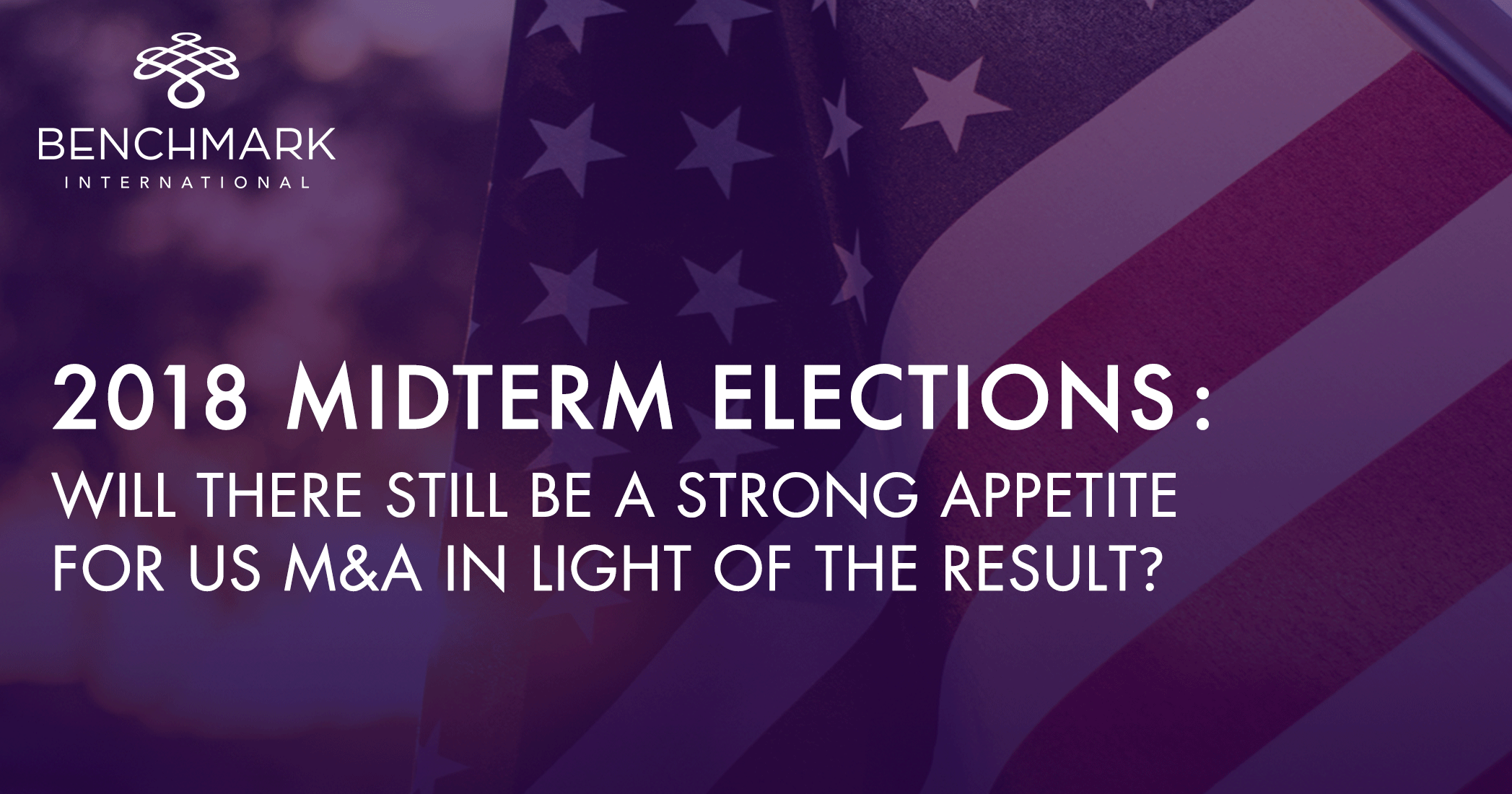 The 2018 midterm elections have presented little in the way of surprises this go around. As predicted, the Democratic Party took hold of the House of Representatives for the first time since 2010. The growth of Democratic representatives taking hold in Congress and some changes in historically Republican districts could be indicative of what’s to come in the 2020 Presidential campaign.

It might not be as easy as first anticipated for Trump to remain at the top of the pyramid. Amidst some talk of a coming “blue tsunami,” this election may not have brought an overwhelming surge of Democratic leadership taking the helm, but there is no denying that the political party is coming ashore. What does this new shift in power and presence of a check on the executive branch mean for business owners considering a sale?

Not knowing what’s to come in 2020 presents a feeling of uncertainty. With the results of the midterm elections, this feeling is heightened. Uncertainty is one of the most hindering factors for M&A activity. Investors are hesitant to make significant investments if they are unsure about future changes to fiscal policy. Thankfully, low interest rates and the tax cuts have contributed to a healthy M&A market producing high valuations for exiting business owners the last few years. The now divided Congress reduced the chances of any changes in policies that would significantly impact the market conditions before 2020. Unless we see significant bipartisanship, the most likely outcome is gridlock, which is good for the markets in the short-term.

However, as the 2020 elections get closer the uncertainty will increase significantly. Rising interest rates combined with uncertainty in 2020 will likely put a halt to the favorable conditions sellers have enjoyed. This makes waiting to see who wins the 2020 elections quite the gamble if business owners are considering a full or partial sale before 2024 or even later. Owners must think hard about their plans for the next several years to avoid entering the market at the wrong time, which would bring haunting memories for many business owners going through the process from 2008 to 2013.

Benchmark International specializes in facilitating exit and growth strategies for business owners in the lower middle market. The most important factor in achieving a successful exit is going to market when the market is strong and the business is ready. If an exit is at all in sight, it is critical now more than ever for business owners to speak to an M&A advisor and begin implementing a strategy because the market conditions will be changing very soon.

END_OF_DOCUMENT_TOKEN_TO_BE_REPLACED

Tags: US Business, US Election, US M&A, Business Tips

Despite major political disruption from events such as Britain leaving the EU and the election of a new president of the United States, 2016 is gearing up to be the biggest year for M&A deal announcements since 2007.

END_OF_DOCUMENT_TOKEN_TO_BE_REPLACED

Following a summer of uncertainty post Brexit, investors all over the world are returning from summers spent on the beach, ready to do some serious M&A business to close out the year.